The rumored 488 GTO has been named as the Ferrari 488 Pista and it replaces the 458 Speciale.

First official images of the Ferrari 488 Pista have leaked online. The images appeared on the Ferrari Chat forum a short while back.

The Ferrari 488 Pista is based on the 488 GTB and is touted to be a 488 Challenge race car for the road. The front end of the car has been heavily revised and now incorporates a large S-duct. The front bumper is also new and has large intakes on either side. Also note that the 488 Pista has a more aggressive front splitter. Moving to the side, the car has a low side skirt and a revised air-intake. 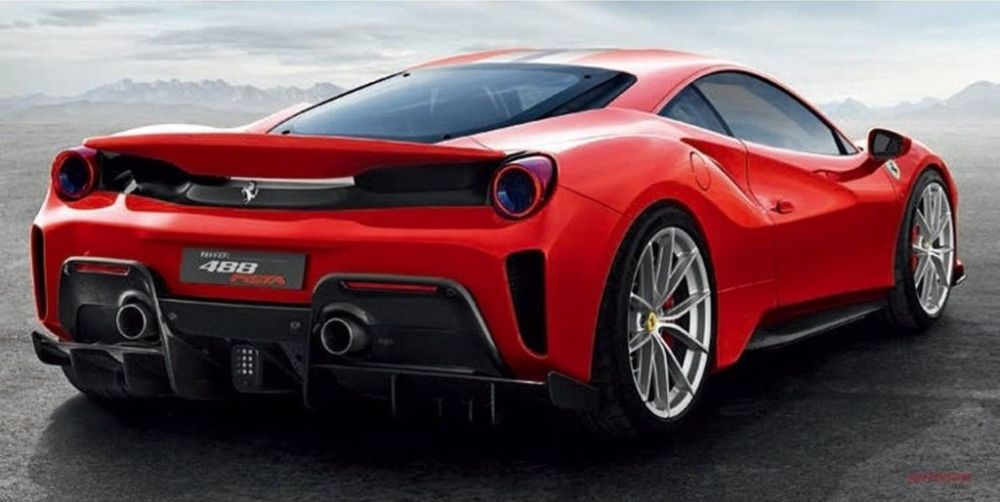 Meanwhile, at the rear, the 488 Pista has an GTE-style carbon diffuser with twin exhaust and an F1-style reverse light. The integrated spoiler and rear fascia appear to have scuplted out of a single panel. The vents next to the circular tail lamps have also been enlarged. Additional vents can be seen on either side of the rear bumper. That said, the interior looks similar to the standard 488 GTB except for the alcantara and exposed aluminium floor panels.

The 488 Pista rides on 20-inch alloys which Ferrari claims are 40% lighter than standard wheels. The wheels are shod with Michelin Pilot Sport Cup 2 tires. The bonnet, front and rear bumpers and the rear spoiler are made from carbon to save weight. 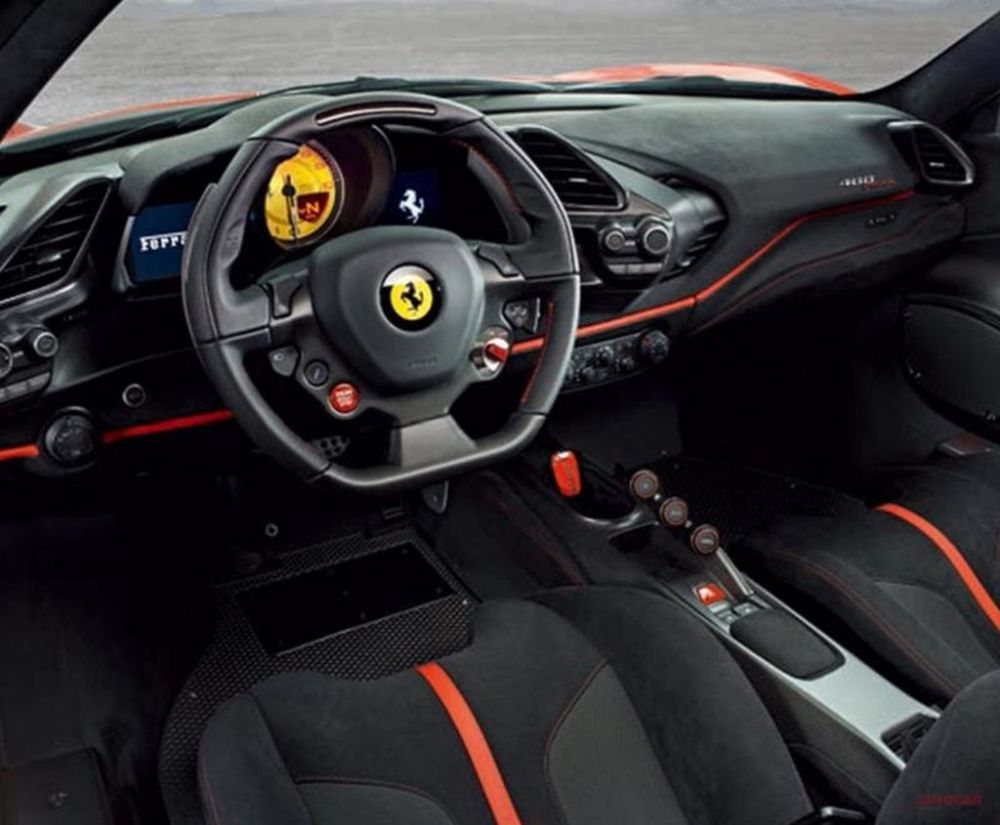 At its heart is an updated twin-turbo V8 engine that is likely to produce around 700 hp. By the way, it is the same engine that powers the 488 Challenge race car. The 488 Pista also has a unique exhaust system.

Ferrari is yet to release official information about the 488 Pista. So, stay tuned for more.