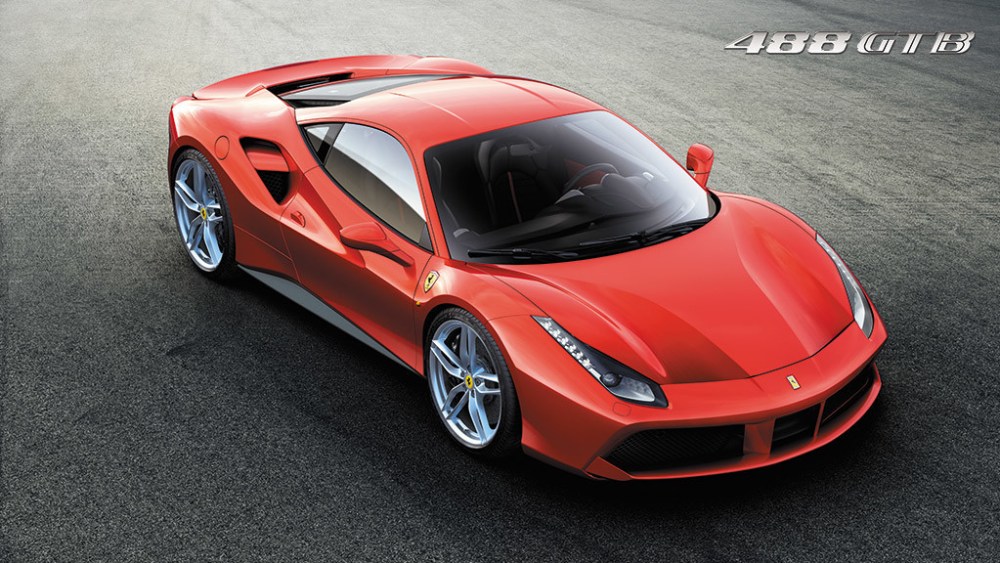 Big day for Ferrari fans and a big day for the 458 Italia as it gives way to its turbocharged successor. Ferrar 488 GTB is the latest from Maranello and this time dumps its naturally aspirate V8 for a planet-friendly twin-turbocharged setup.

The exterior has been thoroughly revised on the new model and most of it is to do with improved cooling. A new set of side intakes have been added. Intakes in the front bumper are much larger than on the 458. Vents in the bonnet further help improve air flow over the radiators. That said, the 488 GTB design is an evolution of the 458 Italia that everyone loved. 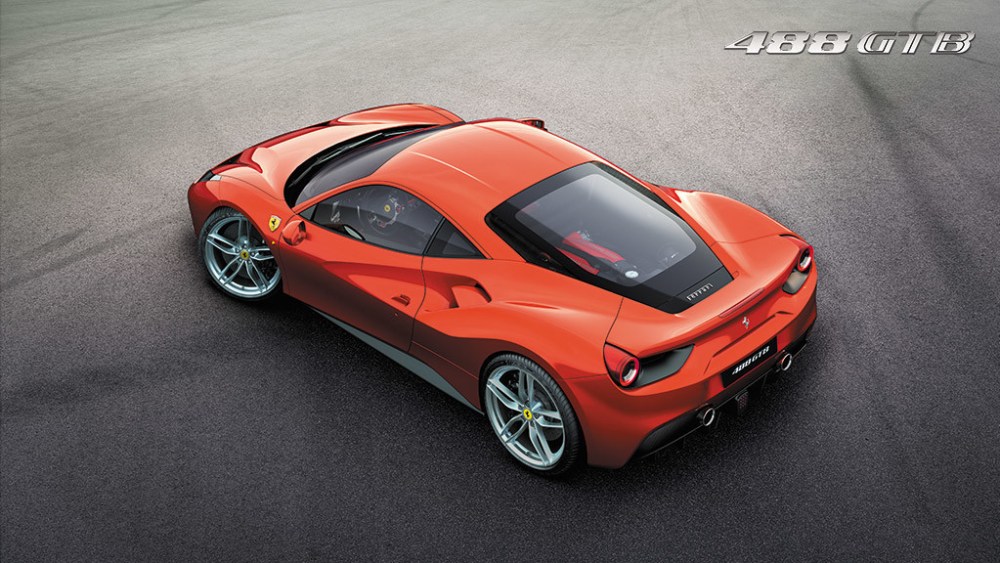 The biggest change however is the engine. It is a 3.9-liter V8 with each cylinder measuring 488 cc – that’s where the name comes from. The twin-turbocharged engine puts out 661 hp produced at 8000 rpm and 560 lb-ft of torque. That’s substantially more than what the 458’s atmospheric V8 used to make. 0-100 mph comes up in 8.3 sec which makes it quicker than the Ferrari 458 Speciale. 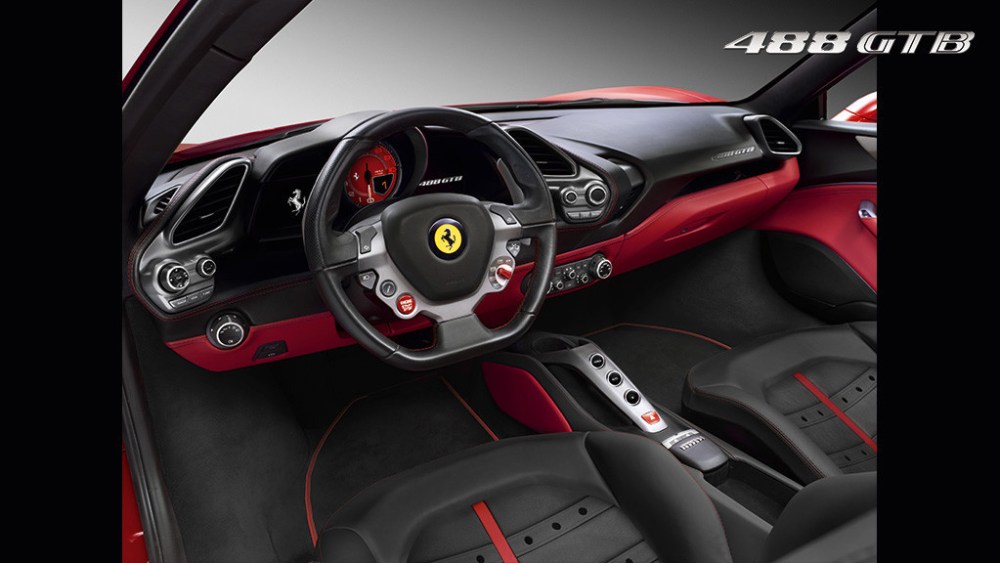 As is with most modern Ferraris, these cars are filled to the brim with electronic tech-wizardry. Systems like Side Slip Angle Control, F1-Trak Traction Control, Variable Torque Management, Electronic Differential, etc. have been enhanced further.

The new Ferrari 488 GTB will be launched during the 2015 Geneva Motor Show in March, thus kicking the ball to its rivals. Mclaren, now it’s your turn. 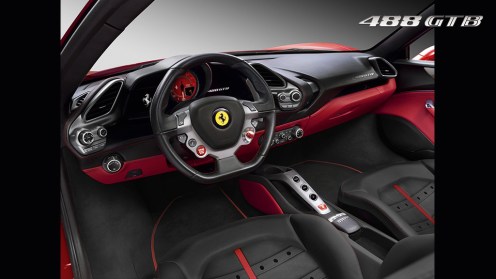 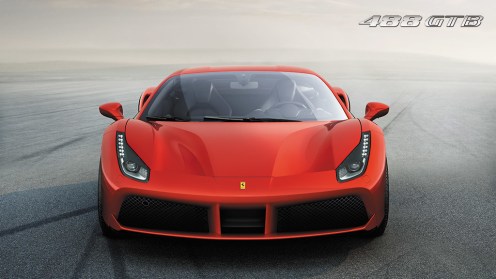 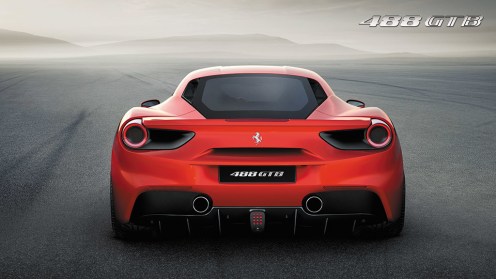 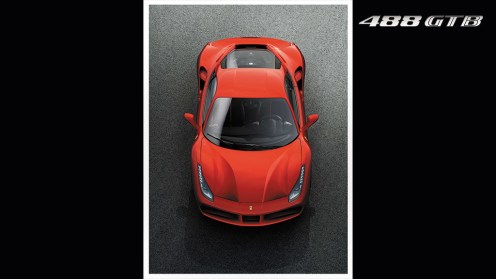 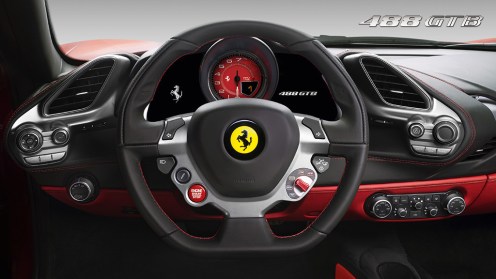 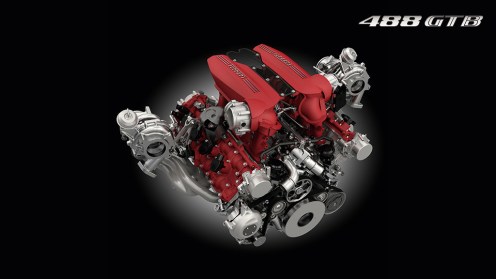 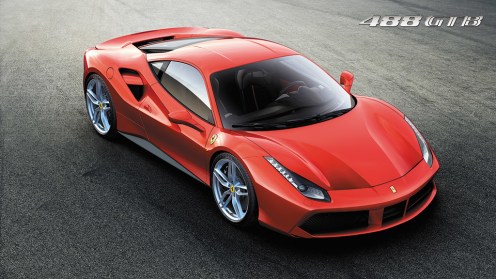 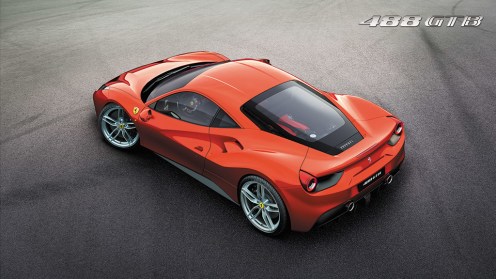 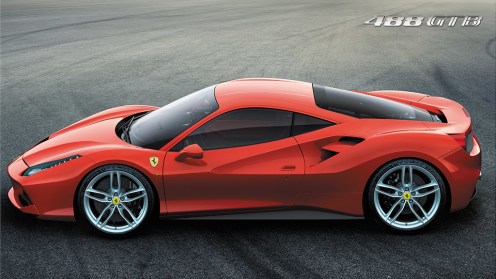 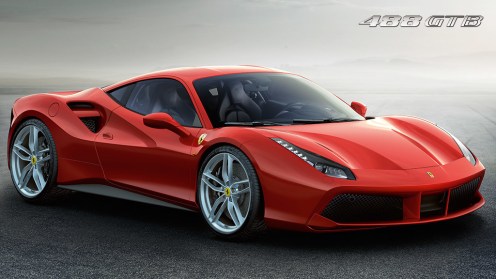 Forty years on from the unveiling of its first ever mid-rear-engined V8 model, the 308 GTB, the Prancing Horse opens a new chapter in its 8-cylinder history. The Ferrari 488 GTB provides track-level performance that can be enjoyed to the full even by non-professional drivers in everyday use. Its response times, nimbleness and on-the-limit driving guarantee a unique sense of exhilaration and unparalleled driving pleasure.

The new berlinetta brilliantly encapsulates Ferrari’s experience in both F1 and the WEC, where the 458 GT holds the World Championship title and has won its category in the last two editions of the 24 Hours of Le Mans. The new model also exploits to the full the know-how gleaned by Ferrari technicians over the last decade through the XX programme which makes extreme track-only cars available to gentleman test-drivers. The data yielded has made a significant contribution to the refinement of the electronic and vehicle control systems so that drivers can make the most of the incredible performance of this new car.

Powertrain
The Ferrari 488 GTB’s new 3902 cc V8 turbo is at top of the class for power output, torque and response times, making it the new benchmark for this kind of architecture. The engine unleashes 670 cv at 8,000 rpm along with 760 Nm of maximum torque in seventh gear and a response time to the accelerator of just 0.8 seconds at 2,000 rpm. These figures are sufficient to allow the 488 GTB to accelerate from 0-200 km/h in an astonishing 8.3 seconds and, when combined with the radical innovations introduced on all aspects of the car’s performance, lap the Fiorano track in just 1’23”.

The gearbox features Variable Torque Management which unleashes the engine’s massive torque smoothly and powerfully right across the rev range, while specific gear ratios deliver incredibly progressive acceleration when the driver floors the throttle. As is always the case, engineers have dedicated great attention to perfecting the Ferrari 488 GTB’s sound, creating a new soundtrack that is full, clear and totally distinctive, as expected from any Prancing Horse engine.

Aerodynamics
The car’s aerodynamics also made a pivotal contribution to performance: its 1.67 efficiency figure is a new record for a production Ferrari and is the fruit of 50 per cent more downforce than the previous model and reduced drag. The greatest challenge was achieving these two goals simultaneously. Several innovative elements were specifically developed to do so, not least a double front spoiler, base bleed side intakes and, at the rear, active aerodynamics coupled with a blown spoiler. The aerodynamic underbody, which incorporates vortex generators, is highly sophisticated, too.

Vehicle dynamics
The Ferrari 488 GTB’s subsystems and electronic controls make its power and performance instantly available and controllable. It is, in fact, the most responsive production model there is, with razor-sharp response times comparable to those of a track car.

The evolved version of Ferrari’s side slip angle control system (Side Slip Control 2 – SSC2), is more precise and less invasive, providing greater longitudinal acceleration out of corners. Aside from integrating with car’s F1-Trac and E-Diff, the SSC2 now also controls the active dampers which renders the car’s dynamic behaviour during complex manoeuvres even flatter and more stable.

Exterior design
Designed by the Ferrari Styling Centre, the new car features very sculptural flanks which are the key to its character. Its large signature air intake scallop is a nod to the original 308 GTB and is divided into two sections by a splitter. The wide front spoiler features a double profile to improve the thermal efficiency of the radiators positioned at the sides. At the centre two pylons are combined with a deflector which channels air towards the flat underbody. The broad, low tail is also dominated by aerodynamic solutions, including an innovative blown spoiler which generates downforce without increasing drag. This works in conjunction with an aggressive ramp angle for the diffuser which features active flaps. The greater height required for the diffuser was achieved by repositioning the exhaust tailpipes. The circular LED tail lights have also been redesigned.

Interior design
In the cabin, the seamless integration of the new satellite control clusters, angled air vents and instrument panel heightens the sense that the cockpit is completely tailored around the driver. Usability was the key word in the design, leading to an extremely sporty ambience that in no way compromises on comfort. There are plenty of classic Ferrari styling elements too, such as the clear separation between the dashboard and tunnel, the multifunctional steering wheel, the control switch bridge and wraparound seats. The graphics and interface of the infotainment screen have also been completely redesigned while the design of the Ferrari 488 GTB’s new key takes its inspiration from the car’s cylinder banks and allows keyless starts.

The 488 GTB will make its world debut at the International Geneva Motor Show in March.