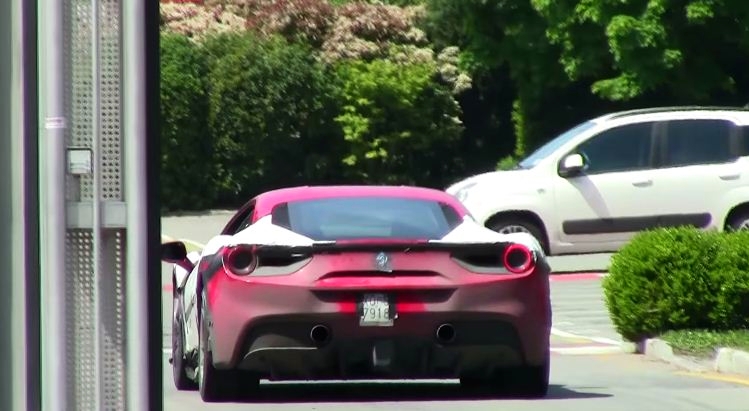 Ferrari 488 GTB is the first of the new V8 twin-turbocharged Ferraris which is set to replace the rather brilliant 458. The new model was unveiled at the Geneva auto show before the actual production could start. Meanwhile, Ferrari engineers are busy fine-tuning the systems on the 488 GTB as the company prepares to commence deliveries.

Test mules of the Ferrari 488 GTB and Spider (GTS) versions have been spotted around the Ferrari factory in Maranello, Italy. This is perhaps the first time a pre-production prototype has been spotted of the new model. The sound of the turbocharged V8 is clearly noticeable in the video.

The 488 GTB is powered by a 3.9-liter twin-turbo V8 that puts out 660 hp and 560 lb-ft of torque. Peak output is achieved at 8000 rpm making it one of the most high-revving engines around. Clearly, with such a rev-happy motor, Ferrari wants to retain the overall experience of driving a true Ferrari.