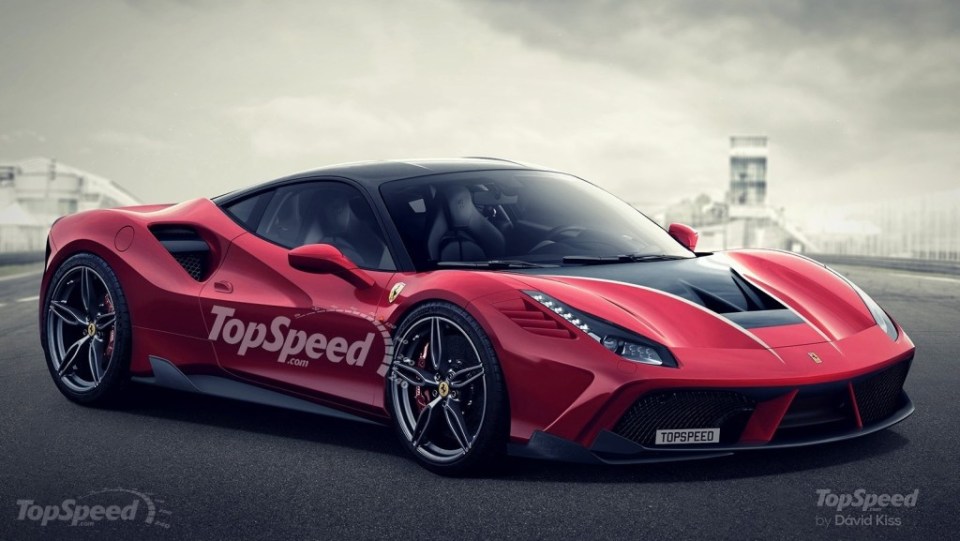 Ferrari’s latest supercar to hit the market is turbocharged. Ferrari has been down this road before. The last turbocharged supercar that came out of Maranello was the F40 which turned out to be rather brilliant. The new one is called 488 GTB and would spawn a track-focused version in the near future. So, this is how Topspeed.com imagines the Ferrari 488 GTB Scuderia would look like.

Click here to read detailed launch report of the 488 GTB Scuderia from Geneva 2015.

It’s pretty obvious that the 488 GTB Scuderia would be based on the twin-turbo V8 powered 488 GTB. However, total power output would certainly go up. So, we could be looking at a 3.9-liter twin-turbo V8 engine with as much as 700 hp! Combine that with massive leaps in aerodynamics courtesy of some sexy bodywork- the upcoming Ferrari 488 GTB Scuderia would be a peach.

Click here to checkout an artists impression of a 488 Speciale.