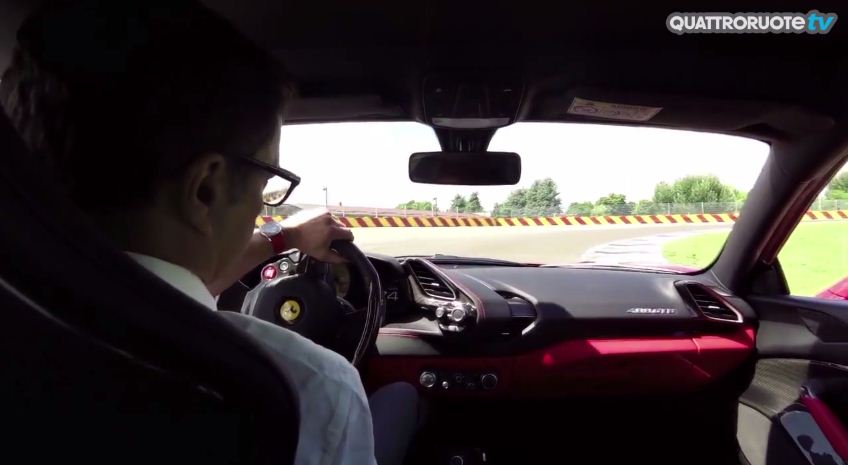 Ferrari 488 GTB is the second turbocharged V8 Ferrari after the California T convertible. Turbocharging is back at Ferrari after almost three decades and is expected to stick around given the environmental benefits of the technology.

The Ferrari 488 GTB, a replacement for the 458 uses a 3.9-liter twin-turbo V8 that kicks out 661 hp and 560 lb-ft. It is claimed to be quicker than the outgoing 458 which was powered by a naturally aspirated V8 with rather electric throttle response and sublime handling qualities.

The 488 will undoubtedly be a step up from the 458 and while critics would have their doubts, we have full faith in what Ferrari’s engineers who have given the world some of the best performance cars. Quattroroute got a chance to drive the new 488 GTB around Fiorano and here’s the POV video of the hot lap. Note the bassy turbo sound.