A high-speed crash left a $385,000 Ferrari 458 Speciale totaled at the bottom of 40-foot ravine in Austin, Texas. Three people were on-board the exotic when the accident happened. Luckily, no one was seriously injured. That said, the expensive supercar was left in bits and would probably never see the road again. 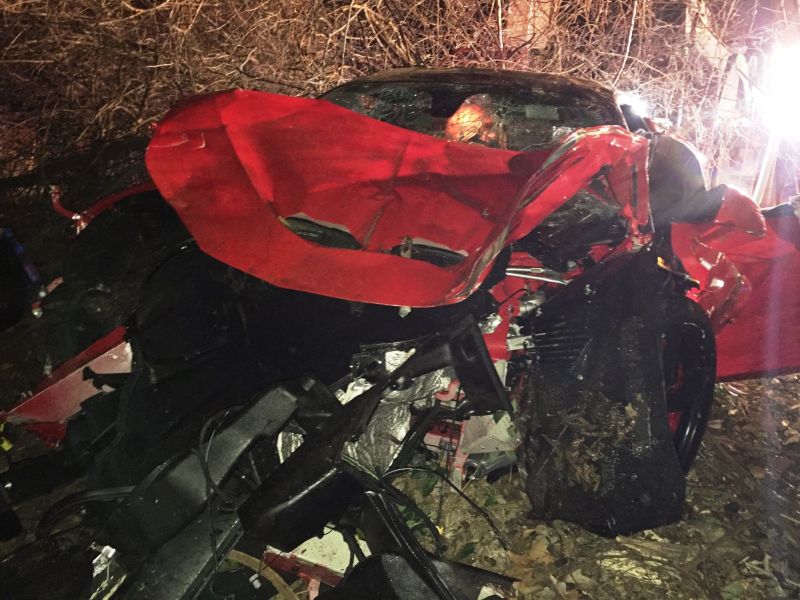 According to the Austin Fire Department, the driver was under influence when the crash took place. Weirdly, there three people on-board in a car that barely has space for 2 occupants. Red Bud Trail where the accident happened is a twisty stretch of tarmac that leads to an affluent area of Westlake in Austin and is popular with car enthusiasts.

Eye witness reports suggest, the Ferrari was travelling at a high rate of speed when it failed to make a turn. The speed at which the 458 Speciale was being driven is estimated at 100 mph. The exotic caught air before crashing into the 40-foot ravine but not before rolling multiple times as it slowly came to rest.