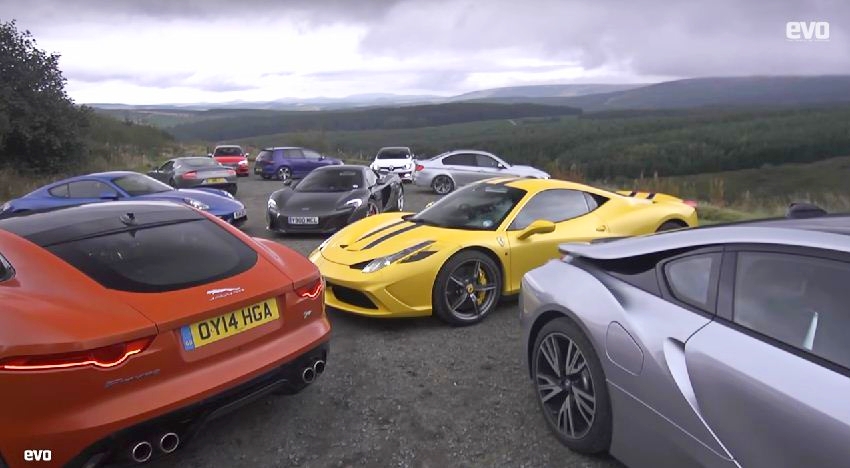 EVO Car of the Year shootout

Each year by Christmas, motoring magazines go out and do some comparison testing between the best of the best driver’s cars that were launched during the year. EVO Magazine has tradition of choosing the best driver’s car, a car that provides “the thrill of driving” from a large group of hot hatchbacks, sportscars and even supercars.

This year’s contenders included the Audi S1, Renault Megane 275 Trophy R and the Golf R on one end and the Mclaren 650S, Ferrari 458 Speciale on the other. In between, the BMW i8 proved to be the biggest surprise, while the Aston Martin Vanquish with its V12 engines and improved 8-speed transmission was definitely the best GT car among the lot. As far as sports cars are concerned, the Jaguar F-Type R provides the best sensation- both visual and aural. The Porsche Cayman GTS is the more clinical of the two.

Among hatches, the Megane was definitely the more exciting to drive, however the VW Golf once again proved that there’s no alternative to it. There were high hopes from the BMW M3, which sadly, failed to impress in comparison to the rest in the group. Finally, the crown had to presented to the Ferrari 458 Speciale. A unanimous decision after all the road testers had driven the car and were just blown away by the precision, handling, performance and feedback from the Speciale. A very special Ferrari, indeed.