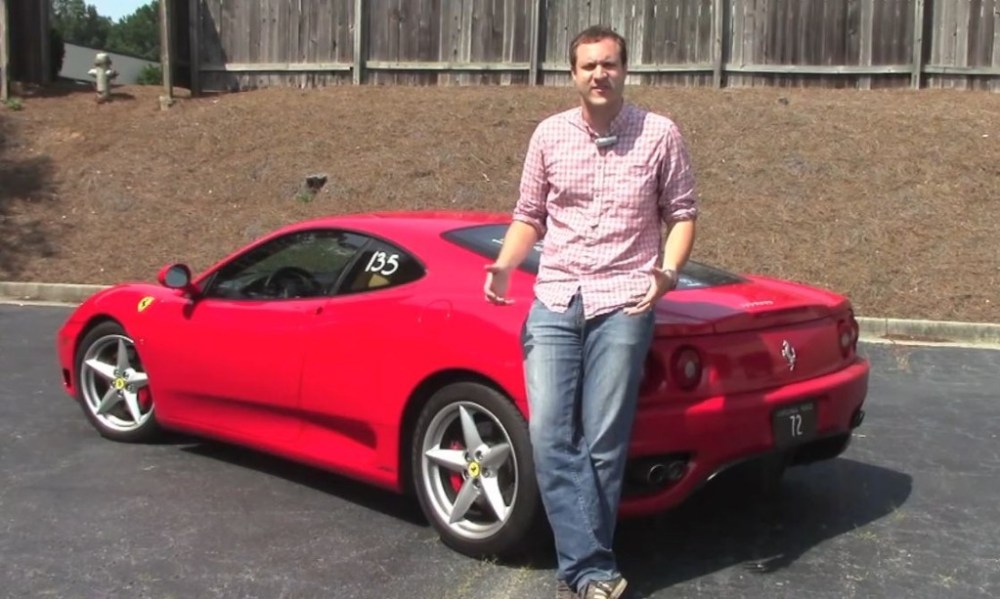 Doug de Muro with his Ferrari 360

If you are planning to buy an exotic and are worried about its reliability, reading the Doug de Muro’s piece on Jalopnik would perhaps relieve some stress. If you’ve been following Doug on social networks, Youtube and on Jalopnik, you might be aware that he is a proud owner of a Ferrari 360 Modena which he bought from a guy in Florida.

Having read about countless reliability issues and exorbitant repair bills, I would guess only those with large family jewels and a fat wallet would ever dare to buy one second hand. I am not quite sure about Doug’s financial background and neither would I dare to comment about the other bit. What we know for sure from the man himself, is that the Ferrari 360 Modena has been more reliable than one would expect.

If I were to get into a conversation with Doug, I would be more curious to know about the Ferrari than his Range Rover or the awful little Nissan Cube (with a rippled headliner). That’s exactly what people want to know and have been writing to him regularly. I truly believe that if the Ferrari was to breakdown, he would’ve shared it with us in his own comical style. Surprisingly, the Ferrari has had not issues whatsoever even after 4500 miles of driving. The only time it has been to the workshop is for an oil change and for new tires back when it was bought. Also, even after a day at the drag strip, the clutch seems to be holding fine.