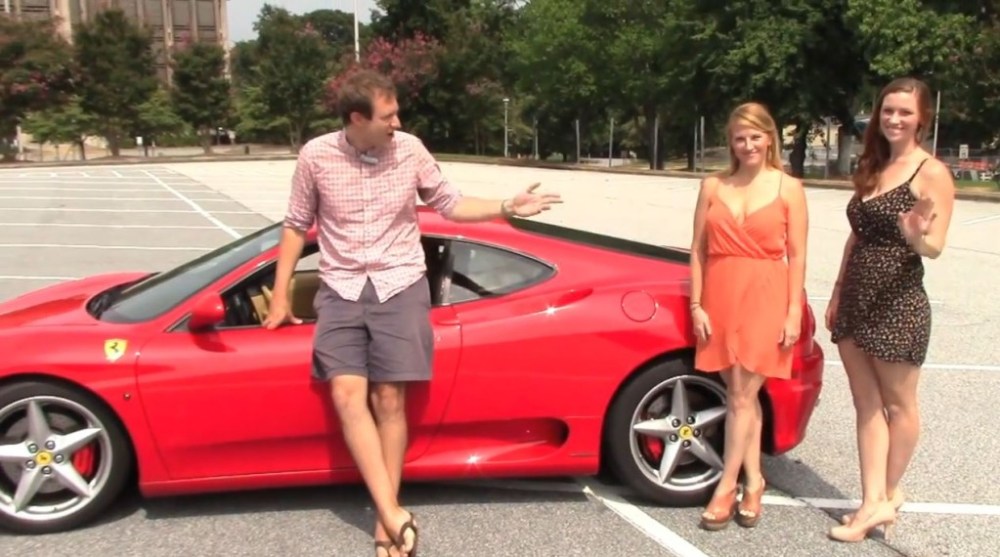 Women in a Ferrari 360 Modena

Doug deMuro’s escapades with the Ferrari 360 continue as this time he tests if women driving the Ferrari attract more men than men in the driver’s seat. He has been banging about it since day one when he found out that while rolling around the block, it was men who were more attracted towards his scarlet Ferrari 360 than women.

So, the theory had to be finally put to the test and with a couple women friends Doug has finally proven to us that the Ferrari 360 Modena is no chick magnet. In fact, it attracts more men to it than the opposite sex. It is quite an interesting social experiment this and I urge you to watch the full video after a short jump.