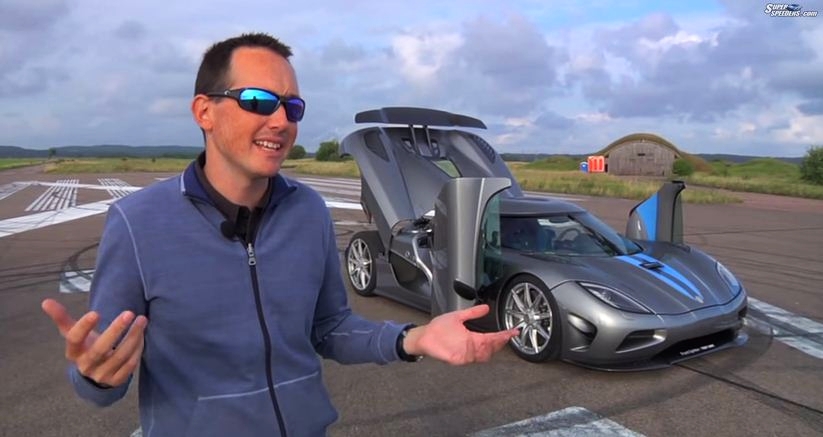 In a word, very fast. The Koenigsegg Agera R is one of the fastest, baddest machines money can buy. It is one car that rivals the Bugatti Veyron which is built by a large conglomerate known as the Volkswagen Group. The Agera R on the other hand is built on a disused runway at Ängelholm in Sweden by a man named Christian Von Koenigsegg.

The Agera R is the replacement for the CCX and is powered by a twin-turbocharged V8. The engine bolted in the middle around a bespoke carbon fiber monocoque puts out just about 1200 hp. All the power goes to the rear wheels unlike the Veyron that uses all-wheel drive. This also gives the Agera R a weight advantage. That said to put the 250+ mph top speed of the Koenigsegg in perspective superspeedersRob races it against a Ford Focus estate diesel on a private runway.

Click here to watch a Koenigsegg Agera R cruising at 215 mph on the German Autobahn.

I don’t see things going particularly well for the Focus and neither would the car rental company be too happy with this stunt.