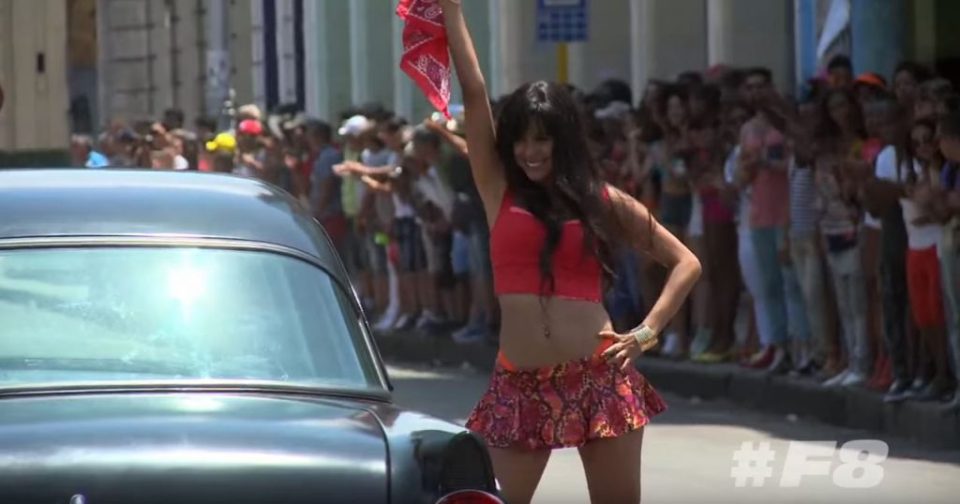 Fast and Furious 8 crew are currently filming in Cuba. That’s right. Cuba- the small Caribbean island that was off limits to Hollywood for all these years. Fast and Furious is the first Hollywood movie franchise to be allowed on the island.

The following video shows the crew filming a drag race amidst the colorful backdrop of Havana. Cuba has some really interesting classic American cars from the 60s that will feature in the latest installment of Fast and Furious- Furious 8