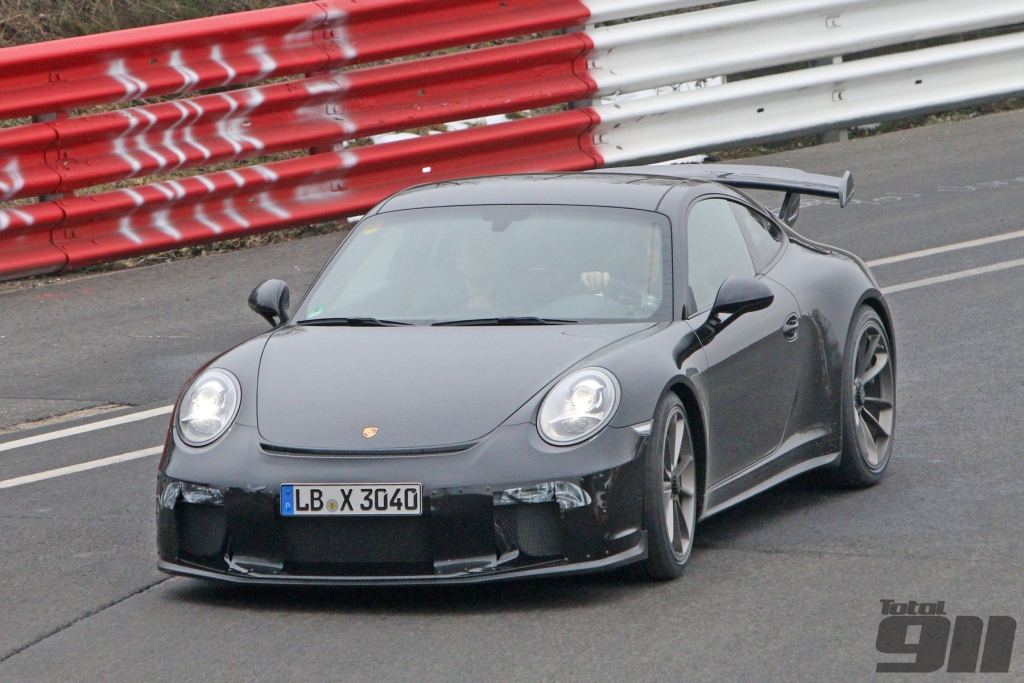 Just recently we posted images of a 911 GT2 RS being tested. Today, we have images of 991.2 Porsche 911 GT3 prototype being tested at the Nurburgring.

The Nordschleife has just woken up from its winter slumber and Porsche is already out there testing their upcoming products. The updated Porsche 911 GT3 would feature new internals as well as slightly redesigned exterior. For now, though, everything’s wrapped under the current GT3 bodyshell.

Looks like the Porsche 911 GT3 prototype featured here is sporting the new front bumper. Wider air-vents and slim LED day time running lights could be a feature on the new model. The rear is also expected to undergo a redesign with 3D tail light graphics being the highlight apart from the large rear wing.

Rumour has it that the 991.2 GT3 could get a manual gearbox this time around. That seems like a possibility, given that a manual transmission was developed for the 911 R which could be used on the GT3. If Porsche are recover to development costs of the gearbox, they wouldn’t want to keep it exclusively for the 911 R.

Moreover, we could also see a bigger capacity engine on the 991.2 GT3. Although it’s just a hunch, the 4.0-liter 6-cylinder engine from 911 R seems like a worthy replacement for the 3.8-liter unit.