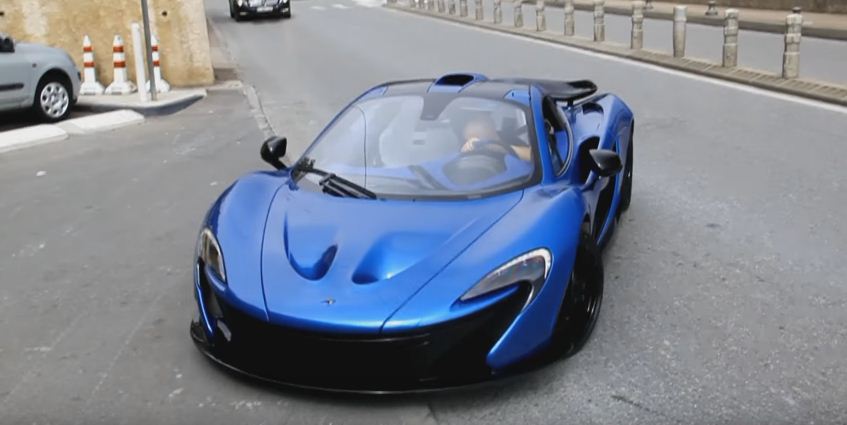 The 2016 F1 season doesn’t start before March but one F1 driver keeps making headlines even when he is on vacation. 2015 F1 champion Lewis Hamilton loves his supercars as much as he loves racing. One of recent purchases has been a blue McLaren P1. Here’s a video of Lewis Hamilton’s McLaren P1 in Monaco.

Along with this gorgeous P1, Lewis also owns a LaFerrari and a very special Pagani Zonda 760LH. The P1 of course has numerous MSO touches which make it unique. The pearl blue does stand out on deep black. The black-blue theme continues on the wheels as well. The logo up front and the active rear wing is also painted black. Inside, the cabin uses a dual-tone black-blue theme similar to the exterior.

The McLaren P1 is powered by a 3.8-liter twin-turbo V8 engine which works in tandem with electric motors resulting in a combined output of 903 hp. Lewis’ LaFerrari on the other hand is naturally aspirated V12 beast which was recently spotted in Beverly Hills, California.