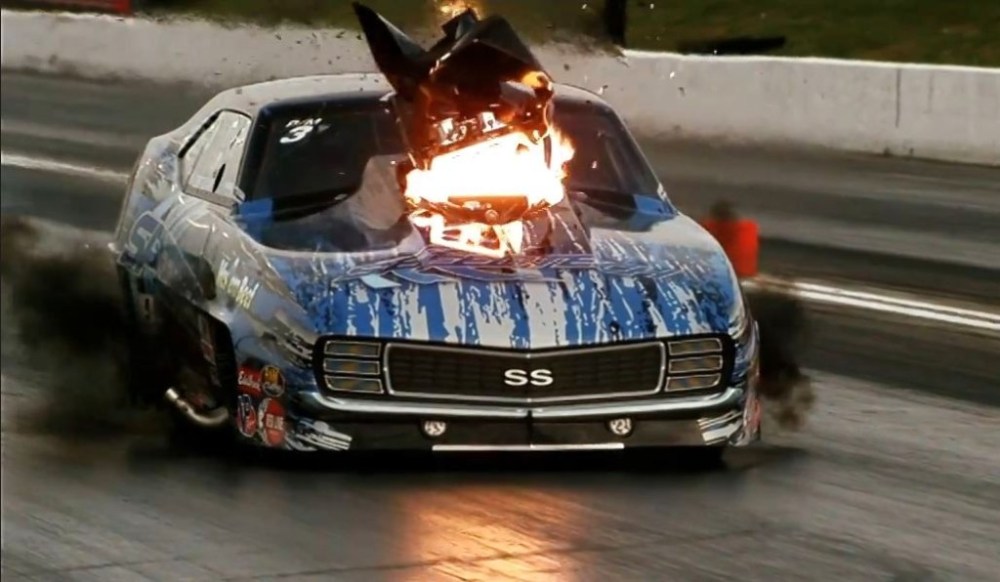 National Hot Rod Association, better known as NHRA has released an interesting video on their Youtube. This slow motion footage with the most appropriate soundtrack is perhaps the perfect way to promote exciting and rather explosive drag racing action. These hand built machines are some of the quickest top fuel dragsters in the world and while competition is intense, accidents and spectacular blowups are part of the sport.

Watching a quarter of a million dollar dragster blow up its custom made engine is not at all what the competitors want to see. They want their cars to cross the line in the lowest time possible and come to a halt without a scratch. However, sometimes things do go wrong and when they do, the spectators get to see pure ethanol go up with a bang in an inferno or superchargers exploding in front of their eyes. It is quite a spectacle and the video certainly does justice to it.