Praga, the Czech Republic-based automaker, released a teaser of its upcoming hypercar earlier this month. You may have also seen images of a prototype spotted at the Slovakia Ring. We can now confirm that the new model is called the ‘Praga Bohema’.

Little is known about the Bohema hypercar. However, we’ve been able to dig out some information thanks to people in the know. We’ve been told, the car will be powered by a 3.8-liter twin-turbo V6 from the Nissan GT-R. It is said to have been tuned to 700 hp and 538 lb-ft of torque. More importantly, Praga has set a target weight of 982 kg. It seems ambitious but not impossible, as the car is likely to be based on a lightweight carbon monocoque. 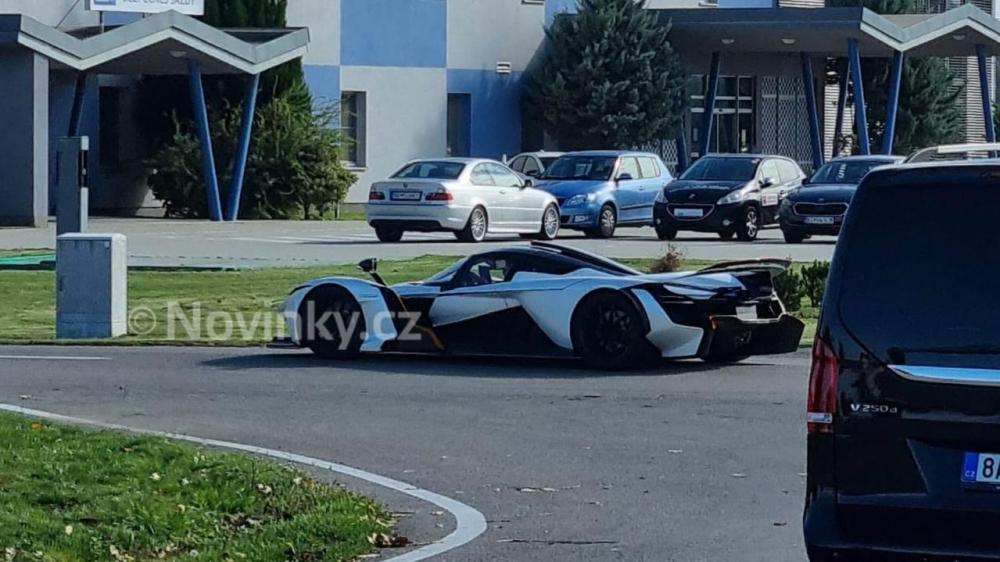 In terms of its styling, the Praga Bohema looks almost like an LMP2 race car. It has an aggressive aero package featuring an ultra-low front end and a large rear spoiler with a central exhaust. There are massive air channels behind the front fenders, which remind us of the Aston Martin Valkyrie.

The interior of the Bohema is expected to be purely driver-focused, with fewer creature comforts. That being said, it will be street legal, so expect basic features like air-conditioning, an infotainment system and a charging port for the phone.