Porsche launched the all-new 911 GT3 last year. All eyes are back on Stuttgart-based automaker as it prepares to roll in the new GT3 RS. You may have seen prototypes of the car pounding around the Nurburgring, but we’re sure you haven’t seen it in such detail before.

This image of a 3D model of the 2023 Porsche 911 GT3 RS was sent to us by a reader. However, its source is unknown. That being said, it allows us to see each and every surface on the new track-focused 911. 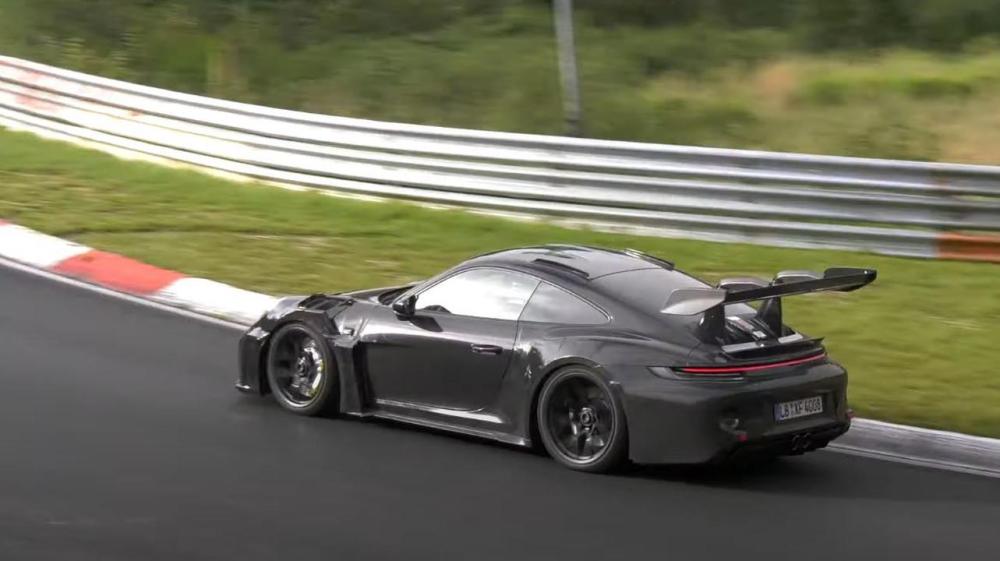 The new 911 GT3 RS looks nothing short of a race car. The RS version has always been quite extreme. However, this one takes it a step further. It has NACA ducts on the front and large guiding vanes on the sides. The extractor vents on the fenders have also been retained. The most prominent feature on the rear is the new spoiler, which now is a top-mounted active unit.

According to our sources, the new GT3 RS is expected to be powered by a 4.0-liter, flat-6 engine producing around 530-550 hp. Interestingly, the car will also come with brand-new Pirelli Trofeo RS tyres.

The all-new Porsche 911 GT3 RS is expected to be unveiled sometime next month.