You can buy a used Veyron for that kind of money. We're just saying.

There are many alternatives to turn to if you have $3 million at your disposal to spend on a supercar. But if you need a one-off machine made by a former Italian racing driver, you may pick the EC OnlyOne P8.

JamesEdition luxury marketplace has listed the one-of-a-kind EC OnlyOne P8 for sale with an asking price of $2.8 million. As stated above, there are a number of supercars which are more advanced, better-built and far superior to this machine in every manner. Still, if you wish to have a unique supercar which is a commendable throwback to racing machines of the past, then the EC OnlyOne P8 is perfect for you.

The details on the aluminum chassis underneath the body panels have not been disclosed. But the engine is one with pedigree – a 4.3-liter V8 taken from the Ferrari F430. That’s the same unit which powered the Corruptt Mustang from this year’s SEMA. The engine makes 600 hp of power in the EC OnlyOne P8 and is mated to a 6-speed manual gearbox.

Interior sticks to the functional race car aesthetics with aluminum, carbon, leather, and Alcantara going into the cockpit décor. We absolutely loved the gated shifter which is a clear nod to a bygone era. 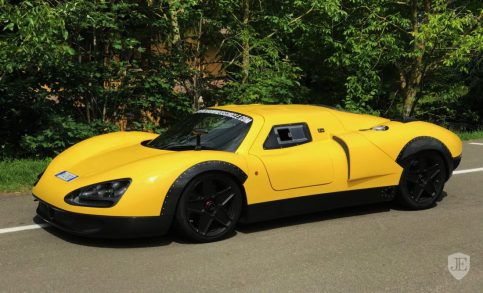 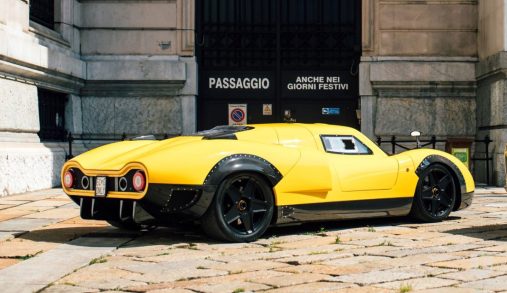 Though the car is all about being an unadulterated driving machine, Enea Casoni – the Italian driver who helmed the project – wanted the car to be not too impractical for the owner. Which is why air-con, parking sensors, and rear-view camera were added.

Finished in yellow and entirely hand-made of aluminum and carbon, the road-legal OnlyOne P8 was built in Italy by Enea Casoni and his crew. The car weighs around 1,200 kg and has gull-wing doors to flaunt during photoshoots.

The makers didn’t add a lot of driving aids and tech, as the goal was to make a race car which is more about giving a pure driving experience than anything else.

Turn to their official Instagram page for more pictures of the EC OnlyOne P8.