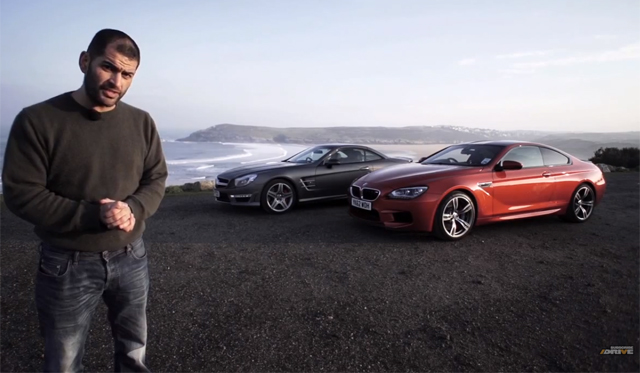 So [Slash] Drive Season 10 is just around the corner and here is the first, proper montage of what we can expect to see over the coming weeks. It is quite frankly, a petrolhead wonderland with not one but three Ferraris, the most anticipated being the Ferrari LaFerrari followed by the new California T.

Perhaps as a build up to the BMW M3/ M4 story, Drive have been able to gather around the M3s gone by and that would make an interesting story. So watch out for that. As far as hypercars are concerned, we didn’t miss the brief shot of a Pagani Huayra and its maker.

From America, you have the new Chevrolet Camaro ZL1 versus an unlikely rival. We might have just spotted a Porsche 911 GT3 RS trailing behind in some tire smoke. Anyway, quite a cracking season then and a lot to talk about. Scroll down to watch the trailer.