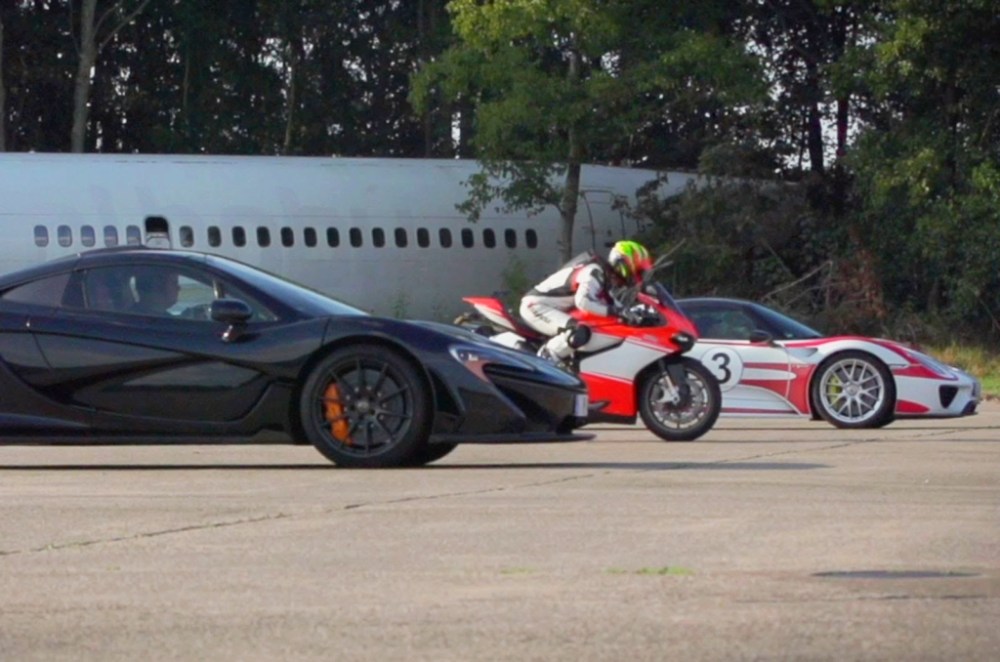 Two of the latest and greatest hybrid supercars versus a Ducati 1199 Superleggera. An unlikely drag race but interesting nevertheless. Autocar pitted the McLaren P1 vs Porsche 918 Spyder on a closed runway in the UK. Adding a bit of spice to the drag race was a Ducati 1199 superbike.

The Mclaren and Porsche are two hybrid supercars with close to 1000 horsepower each. The Ducati on the other hand is powered by a V-twin engine capable of just above 200 hp. That said, the superbike is light as housefly and has the best power-to-weight ratio of the three. The Porsche 918 Spyder could be quick off the line thanks to all-wheel drive traction. But, who will cross the finishing line first?