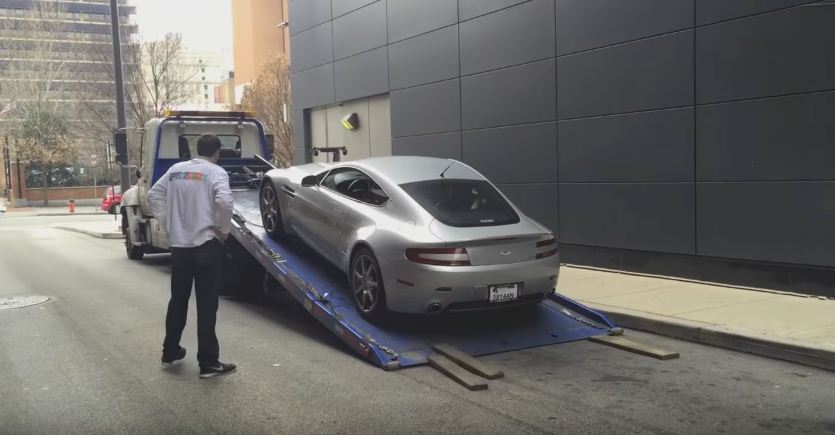 Remember the guy from Jalopnik who posts videos on Youtube about his JDM Nissan Skyline GT-R, well he recently sold off his Nissan and replaced it with an Aston Martin V8 Vantage. So, in 2016 he will be taking us along for a ride in his new British sports car, that is if it doesn’t keep breaking down all the time.

Doug deMuro bought an Aston Martin V8 Vantage after consulting his Youtube viewers – not that a majority suggested him to go for the Aston but he bought it anyway. Also, Doug got a “bumper to bumper unlimited mileage warranty” with the car, which was another reason why he dared to even consider buying a 9 year old V8 Vantage. Here’s his first video:

That said, the Aston Martin has had few issues with it and has spent most of the time with the dealership. Want to know the list of things that are wrong with Doug deMuro’s Aston Martin Vantage? Watch the following video and you will know exactly that.