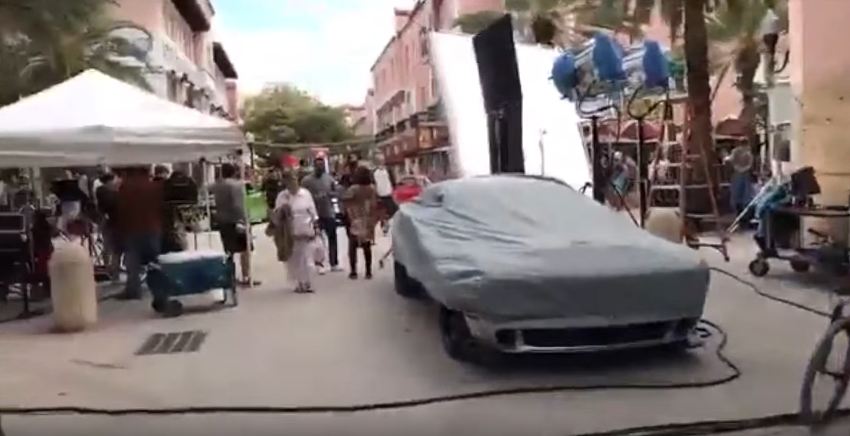 The Challenger SRT Demon has been scooped again! This time the Dodge Demon was spotted during a Pitbull music video shoot in Miami.

But first up- Instagram user by the name @illegal_machine has posted new images of the Dodge Demon. The images clearly show the Demon logo on the fenders confirming the identity of this vehicle. Also, the silvery-grey car seen here has the larger intake up top, front splitter, wide fender extensions, a spoiler and drag radials.

The music video for the song called “Hey Mama” was being shot at a location in Miami when a few bystanders captured it on their camera phones. While, a few Dodge vehicles were parked in the background, the Dodge Demon is nowhere to be seen.

In fact, the car was kept under wraps away from prying eyes. In the video captured by  Youtuber COSAS DE CUBANOS where Pitbull is seen dancing in front of other Dodge cars, the Demon is kept behind the sets under a cover.

The Dodge Demon can also be seen in another video featuring Camilla Cabello and J. Balvin.

This could have the first public appearance of the Dodge Demon ahead of its scheduled official launch at the 2017 New York Auto Show. However, we can say that Dodge was successful at keeping it hidden from the public, at least somewhat.