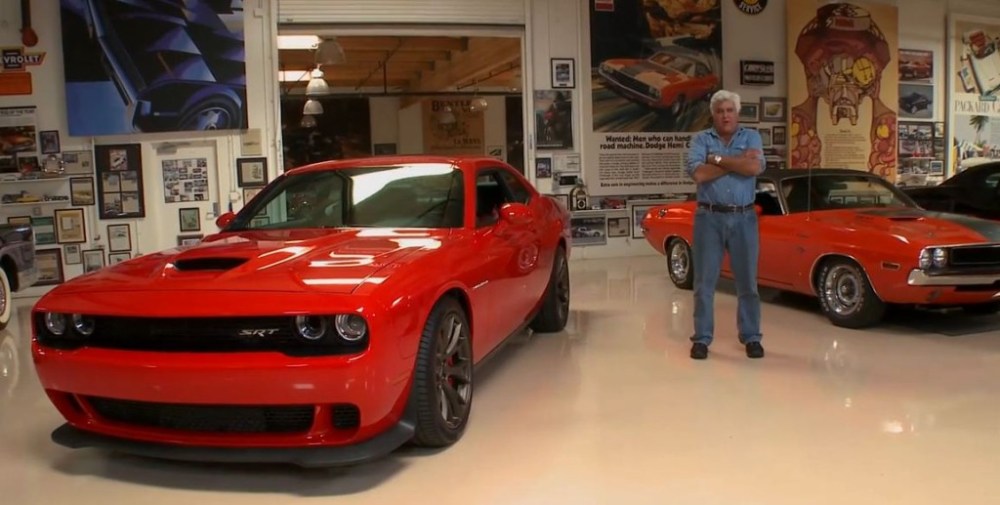 Dodge surprised us with an extreme version of the Challenger SRT recently. It is called the Challenger SRT Hellcat and for a good reason. The engine in this quintessential American muscle car produces no less than 707 horsepower and 650 lb-ft of torque. In stock configuration, it can go the quarter mile in 11 and some seconds and despite this immense horsepower, it can return 20 mpg- that is if you’re careful with the throttle pedal.

Jay Leno got behind the wheel of the 2015 Dodge Challenger SRT Hellcat and was blown away by the sheer performance of the thing. Before he could go out and drive the most powerful muscle car in America, President and CEO of Dodge Tim Kuniskis gives a quick tour of the car. The car packs a lot of technology including some neat stuff like limiting the horsepower to 500 and 300 if need be and a host of chassis configuration settings.

Although the car weighs over 2 tonnes, it makes up for it with bucket loads of power. Given the $59,995 price tag, the Challenger SRT Hellcat is extremely good value if you consider the fact that a Lamborghini Aventador costs over $300,000.