The Lamborghini Centenario is the latest limited-edition supercar built to celebrate the 100th anniversary of their founding father. Only 40 units are planned for production which include 20 Centenario Roadsters. While, only a few can afford a $2 million Centenario, this die-cast model by Bburago is well within our reach. 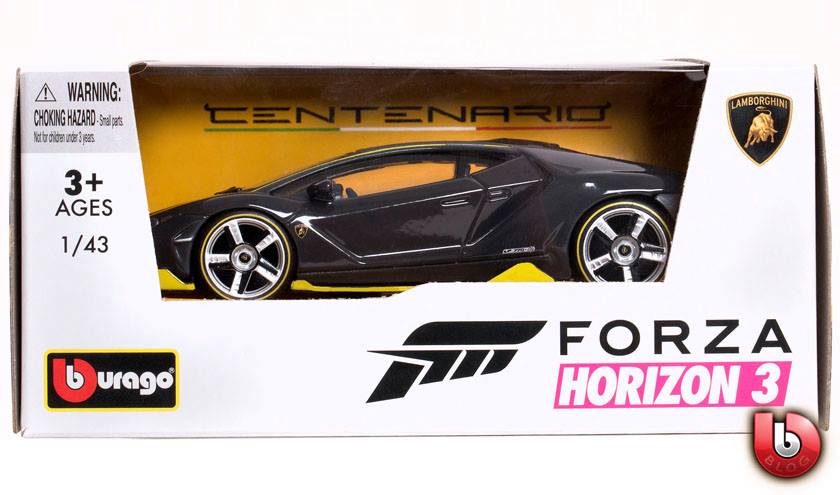 Italian die-cast model maker Bburago has created a 1:43 scale-model of the Lamborghini Centenario. It’s part of a partnership with the creators of Forza Horizon 3. As you might know, the Centenario is the cover car for the latest Forza racing game title which comes out this year.

Bburago has been working closely with Microsoft in promoting Forza Horizon 3 which will be available on XBox One and Windows 10 platforms.

To know more about Forza Horizon 3 checkout our previous articles.