In an interesting turn of events, a delivery driver in Taiwan dozed off and crashed into four Ferraris worth a combined $2.8 million. What’s more, people turned up in the dozens to help him pay for the repairs.

According to Taiwan News, Lin Chin-hsiang, 20, was delivering goods in New Taipei at 5:40 am this week when he fell asleep behind the wheel of his Mitsubishi van and smashed into Ferraris parked near the Danlan Suspension Bridge. A white F12 Berlinetta and three 488 GTBs in red, blue and yellow were damaged in the accident. The van first crashed into the side of the yellow 488, which in turn slammed into the F12. The F12 then hit the back bumper of the blue 488, causing it to hit the red supercar. Thankfully, no one including Mr. Lin got injured. All four Ferrari owners were out of their cars and talking when the crash occurred. 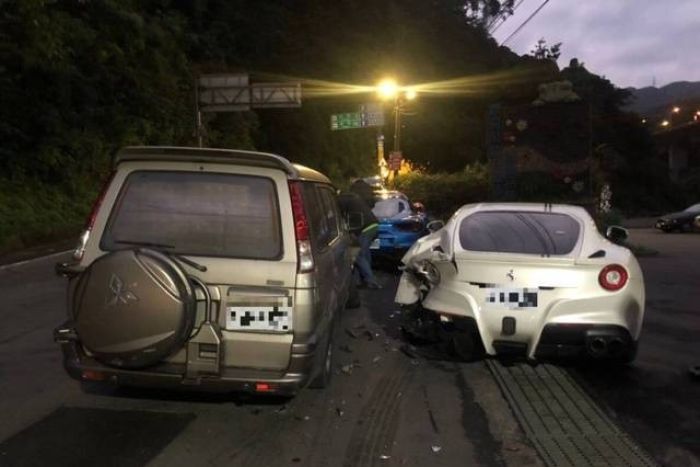 As you can conclude from the pictures, the F12 Berlinetta and the yellow 488 GTB suffered serious damage while the blue 488 only had damage to its rear bumper and the lead red car only suffered a busted rear number plate. Owner of the red 488 chose not to file for compensation while the other drivers did. 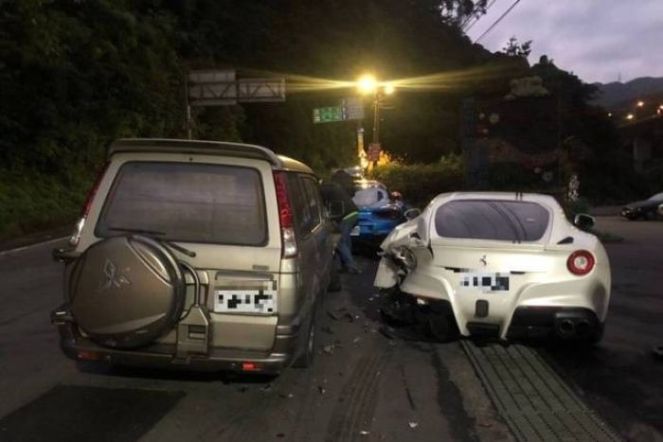 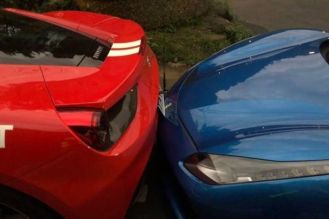 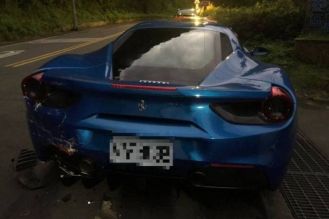 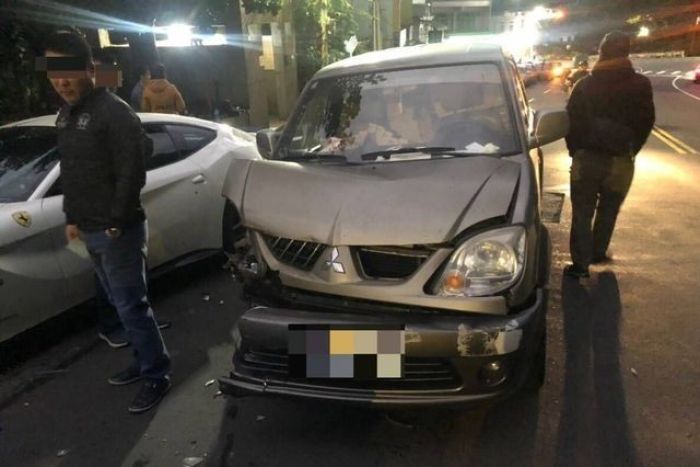