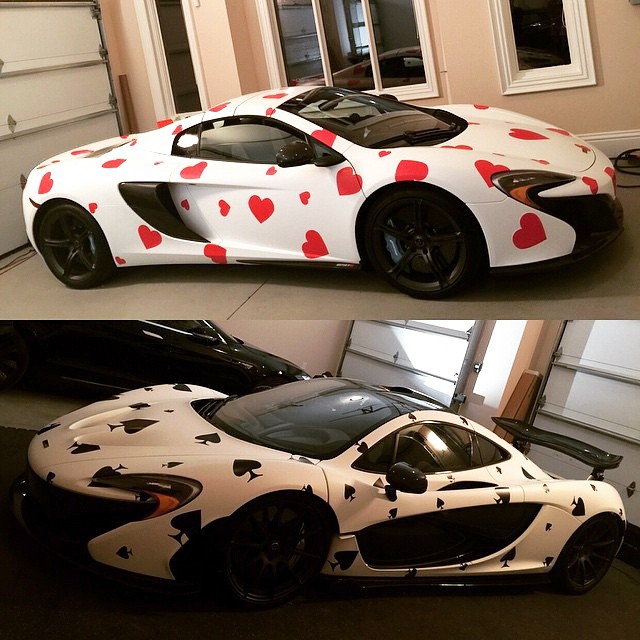 2015 Gumball 3000 would probably be the most epic automotive events this year. F1 champion Lewis Hamilton will be taking part in the rally among other famous celebrities and petrolheads. Canadian DJ Deadmau5 is also ready to hit the Gumball 3000 rally which kicks off from Stockholm on May 23.

Deadmau5 is known for his past appearances and some unique supercar liveries. This year he has constituted #Teammeowclaren consisting of a Mclaren 650S and his Mclaren P1 supercar. The 650S is wrapped in a “Queen of Hearts” wrap while the P1 gets an “Ace of Spades” wrap. What a creative way to decorate a supercar.

There will be many more supercars and even hypercars taking part in this year’s Gumball rally each with a unique and creative wrap. We still aren’t sure what car will Lewis be driving when he joins the rally in Los Angeles. We hope to see either his new P1 or the unique Pagani Zonda 760LH.