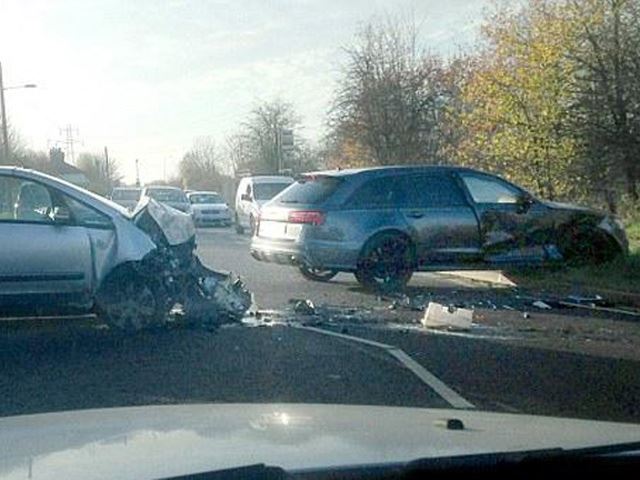 English soccer star David Beckham was involved in a car crash over the weekend. Former Spice Girl Victoria’s husband, Beckham was travelling with his son Brooklyn when the incident took place. Although, no one was hurt in the crash, the Audi RS6 Avant which was being driven by Beckham was considerably damaged. Apparently, their car collided with a Mitsubishi Colt. Further details of the crash are still unknown.

David Beckham is known for is wide array of exotic cars. The Audi RS6 Avant is powered by a 4.0-liter V8 turbocharged with a maximum output of 560 hp. The car come equipped with Quattro all-wheel drive system and offers a large, roomy cabin and a capacious boot, perfect for a celebrity family like the Beckhams.