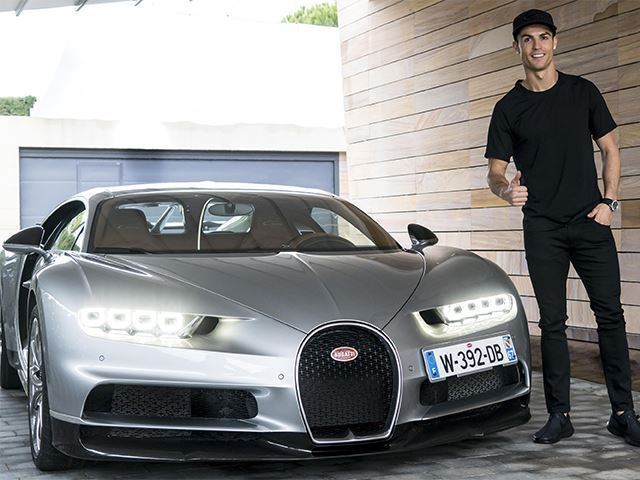 “New animal in the building Bugatti Chiron”, was his caption for the Instagram video where he introduced the car coming out of his garage with his son Mateo in the passenger seat. The $2.6 million hypercar joins his ever-growing garage which includes a Bugatti Veyron Vitesse Black Carbon Edition, which he bought to celebrate Portugal’s Euro 2016 victory last year and a black Lamborghini Aventador, which got quite a lot of attention early this year due to his more than striking posture standing near the car. Other cars in his collection include a Rolls-Royce Phantom, Ferrari 599 GTO and a couple of Bentley Continentals.

With a silver paint job and polished aluminium wheels, the new hypercar sure exhibits the soccer superstar’s spec-ing abilities. We can also see his trademark CR7 logo on the headrests. The car seems to wear the same spec as the one in the official Bugatti video which featured Ronaldo testing the new car at Ehra-Lessien test track, suggesting it might be the same car.

When he is not busy winning matches for Real Madrid or Portugal, the 1500 Horsepower Bugatti is sure to keep the soccer star’s feet occupied.