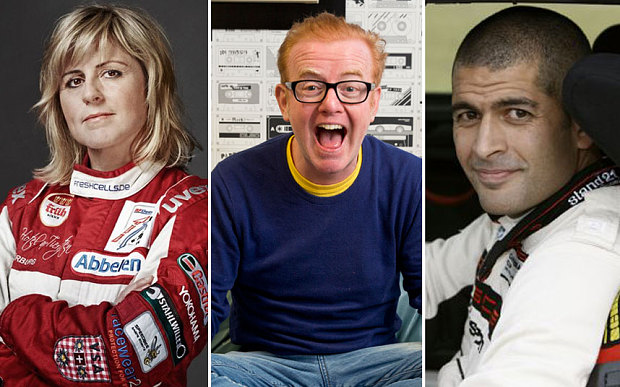 We’ve got some news about new Top Gear. While the debate about who will host new Top Gear alongside Chris Evans is still ongoing among on forums and the blogging community, The Telegraph has published a report saying that well known German racing driver Sabine Schmitz and Youtube vlogger and published motoring journalist Chris Harris have been chosen to host the show.

Chris Harris is a rather interesting British chap with a bald head. He is known for his unique driving style that can be sort of related to how Jeremy Clarkson drives while screaming, “POWER!!!”. This guy can powerslide anything with four wheels and an engine. He is also pretty good in front of a camera and has risen to Youtube fame after the success of Drive and Chris Harris on Cars.

Sabine Schmitz has previously been seen on Top Gear on a couple of occasions. She is a popular figure in Germany where she was the host of a similar motoring show. Sabine is famously known as the “Queen of the Nurburgring” and “fastest taxi driver in the world”.

According to The Telegraph, ex-British F1 driver David Coulthard will also be a part of new Top Gear.