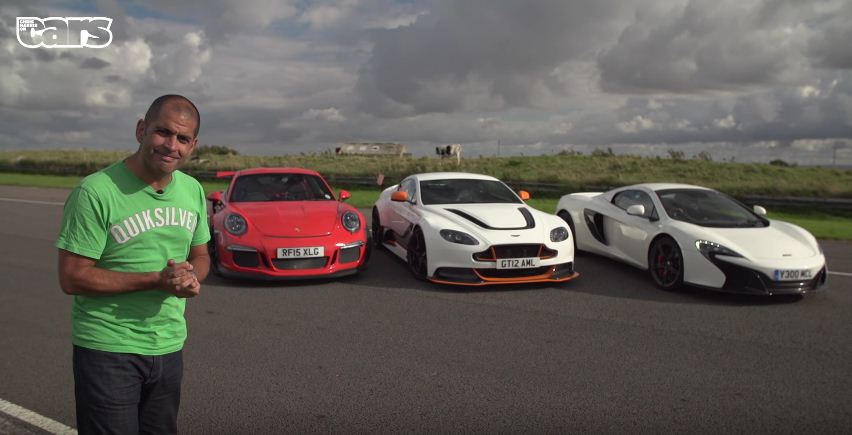 Chris Harris is trying to make a good point here. Is it worth shelling out GBP 250,000 on a Porsche 911 GT3RS when for the same money you can have a very special Aston Martin GT12 or a proper supercar- a McLaren 650S?

It is a well known fact now, that the 991-Gen GT3RS is brilliant engineering exercise and has the ability to tickle your senses. It is an awesome machine, period. The Aston Martin GT12 has exclusivity going for it. It also makes the best engine sound among the cars being tested here.

The McLaren 650S gets a wild card entry but for a good reason. Yes, the Aston is special and analogue and achingly beautiful, while the Porsche is just massive fun, but both these cars are now encroaching into “supercar” territory with their price tag. Let’s hear what Chris has to say about that.