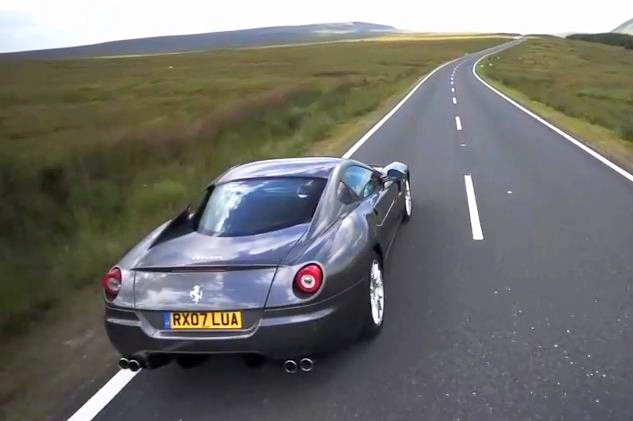 Chris Harris just sold off his Porsche and bought something he’s always loved- a Ferrari. The famous motoring journalist from the UK has just bought a Ferrari 599 GTB Fiorano and took it for a spin. The following video documents the experience in his new acquisition.

The Ferrari 599 is the predecessor to the frankly, mental F12 Berlinetta. It is powered by roughly the same engine as the Ferrari Enzo, albeit in a de-tuned state. The front-mid mounted V12 engine produces 620 bhp and delivers it to the rear wheels via the quickest transmission ever made. Chris would’ve liked to own one with a proper manual but instead had to settle for a paddle equipped version- at least it’s right-hand-drive.

So, how is it to own a used Ferrari 599 supercar? We would be waiting for more videos of tthe Ferrari by Chris Harris.