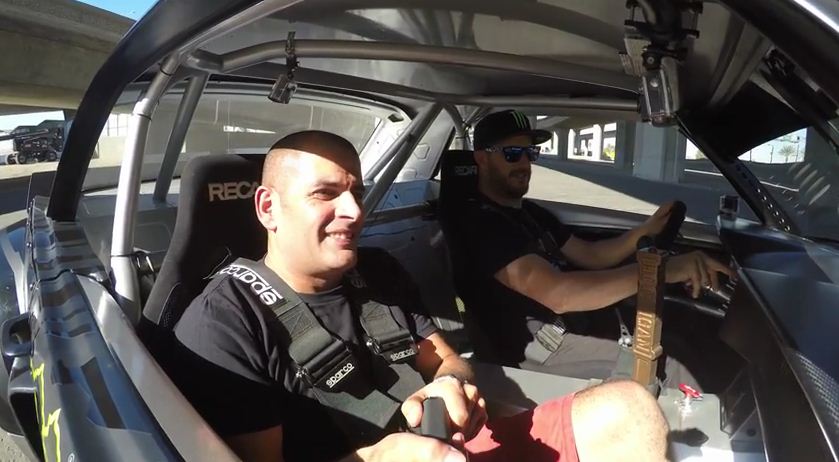 What happens when two petrolhead internet sensations meet? Some tires get destroyed, of course. So, when Chris Harris met Gymkhana star Ken Block, something similar happened. As you know, Gymkhana 7 featured a custom built all-wheel drive “Hoonicorn” Mustang based on a 1967 body shell and Chris went to check it out. Quite obviously, Block had to give his friend a ride in his new monster of a Mustang and so he did. The following video shot by Chris Harris with GoPro is short, but gives a taster of what it’s like to be alongside a “Hoonigan” driving a “Hoonicorn”.

Chris Harris on Cars: Riding with Ken Block in the Hoonicorn