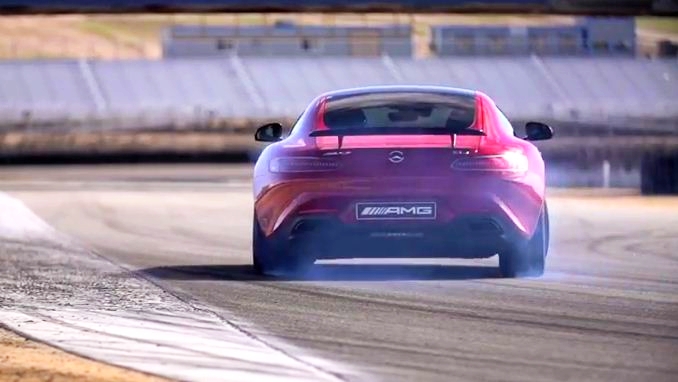 Chris Harris was in the United States for a quick spin in the new Mercedes AMG GT. The venue was the exciting Laguna Seca race track in California and the car- a Porsche 911 rivaling GT from Mercedes-Benz.

With over 500 hp at his disposal, Chris was quick to turn the traction control off and eventually light up the rear end at ever corner. The Mercedes AMG GT is the latest sports GT from Stuttgart and has just one car to beat. The mighty Porsche 911 in its current generation does have a few weak points in its armor and that’s where Mercedes have been trying to capitalize. A hydraulic steering rack as opposed to an electric steering on the Porsche is perhaps its biggest wins.

The engine is a 4.4-liter twin-turbocharged V8 that delivers instant throttle response and a glorious soundtrack. Unlike, the turbocharged engines from BMW, the AMG feels more intense and sharp. Power goes to the rear wheels via a carbon prop shaft and a limited slip differential. A hugely reworked dual-clutch transmission further adds to the fun on thrashing this new AMG GT around a twisty, undulating track like Laguna Seca.