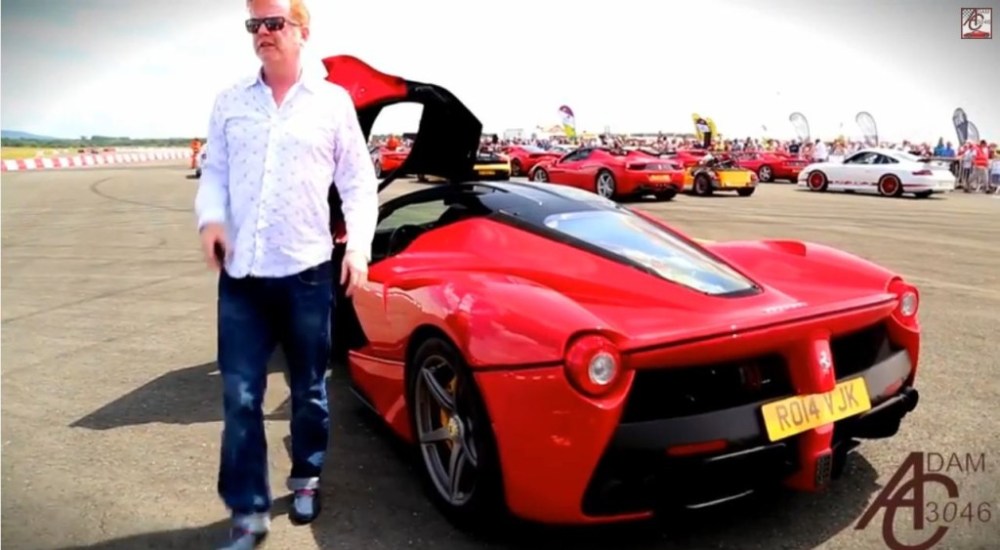 Chris Evans in his Ferrari LaFerrari

Radio host Chris Evans is a big fans of Ferraris. In fact, he owns a substantial collection of supercars with the prancing horse logo. His collection of classic Ferraris also includes some rare beauties which cost him a fortune. If I am not mistaken, Chris has spent a record sum on a rare piece of Ferrari history at an auction.

His collection of mostly white Ferraris now has a new member. Chris Evans has just added a Ferrari LaFerrari to his collection. His brand new scarlet LaFerrari was out on the Top Gear test track recently for a charity event. Chris is known in the UK for his service to the public and this was one such occasion where he took people out for an exclusive ride in his new car.

A Ferrari LaFerrari is a highly exclusive machine and hence getting to ride shotgun with one of UK’s popular celebs was a dream come true for most of them. Secondly, the Top Gear test track played a host to the event which gave folks a chance to see the place where the popular motoring show is aired and the track where Jeremy Clarkson burns rubber.

Chris Evans in his LaFerrari at Top Gear test track: