Chris Brown’s Lamborghini Aventador was found abandoned on Beverly Hills roads following a major crash. The singer’s expensive exotic was completely destroyed in accident. It is not clear as to who was driving the Lamborghini at the time as those involved had fled the scene before anyone could find out.

No one knows if anyone was hurt in the accident. There doesn’t seem to be any kind property damage, however Chris Brown’s Lamborghini didn’t survive. 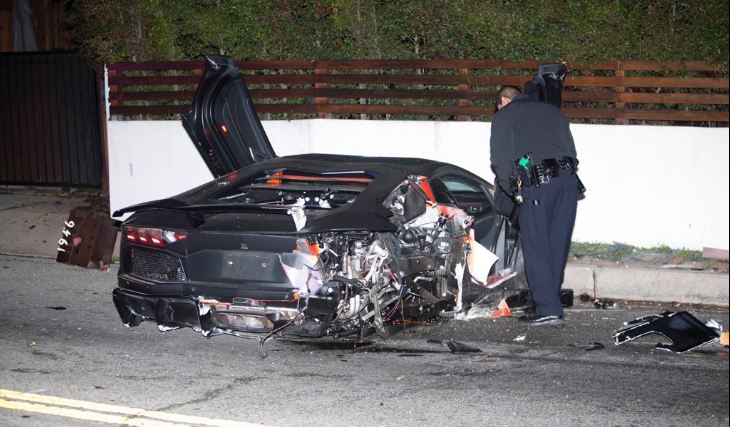 The $400,000 Italian supercar was probably doing illegal speeds before being wrecked. The right hand side rear wheel was completely ripped off the chassis. Also, one of the front wheels is not where it should be. The occupants abandoned the vehicle in the middle of the road which raises another question- was the driver intoxicated? Hopefully, the police investigation would reveal the truth.

One of Chris Brown’s friends was driving the Lamborghini. The friend also told Chris that he was not intoxicated and that he just lost control of the supercar. TMZ reports that the Chris was extremely furious about the incident and has “suspended all driving privileges”.