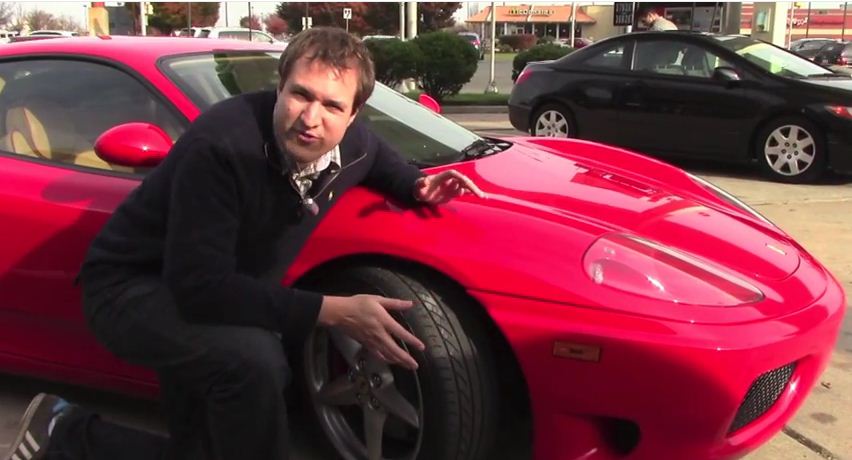 Doug deMuro with his Ferrari 360

Can you drive a Ferrari 360 everyday to work, Wallmart and to a dinner date? This is a question that has always been on every car enthusiasts mind and who better to answer it than our very friendly Doug, the guy with a Ferrari 360.

Like always Jalopnik writer- Doug deMuro has made a video explaining all the drawbacks of driving a Ferrari 360 everyday. He has been posting about his escapades in the Ferrari since he first took delivery of the car and we love it.

This time, Doug explains how difficult it is to live with an exotic on a daily basis, especially when it is your daily driver. Be it to work, to the supermarket or for a quick hop around the suburbs, driving a Ferrari is probably not the best idea.

For various reasons that have been graphically explained in the following video, an exotic car like the Ferrari 360 can never replace a Japanese sedan, a Ford or a Volvo. Cars like these are better off being driven on weekends and on special occasions.

Why you can’t drive a Ferrari 360 everyday: