Ford hasn’t offered a Bullitt Mustang since 2009. But, this might soon change as apparent leak sheds light on what could the future Bullitt Mustang based on the 6th-Gen pony car.

Ford recently roped in Dwayne “The Rock” Johnson to promote the new 2018 Mustang. As part of the deal, he has been featured in various marketing videos. In one such video where Dwayne is introducing the new Mustang, the camera inadvertently captures a glimpse of what could be renderings of the new Bullitt Mustang.

An eagle-eyed member of the Mustang6G forum spotted this special Mustang model. It even says “S550 Mustang MCA” on the sketchboard. That’s mid-cycle refresh in Ford lingo. 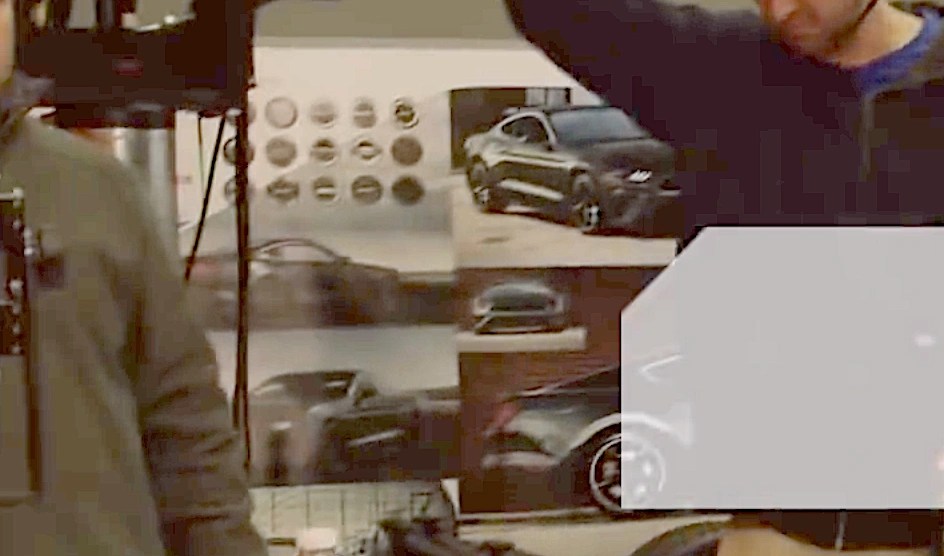 Bullitt Mustang: What to expect

The renderings reveal a classic dark green paint job synonymous to the original car from the 1968 Hollywood thriller. Other details in the sketches reveal proposed faux gas cap designs and dark torque thrust wheels. It will probably be based on the 2018 Mustang GT facelift featuring a 5.0-liter V8.