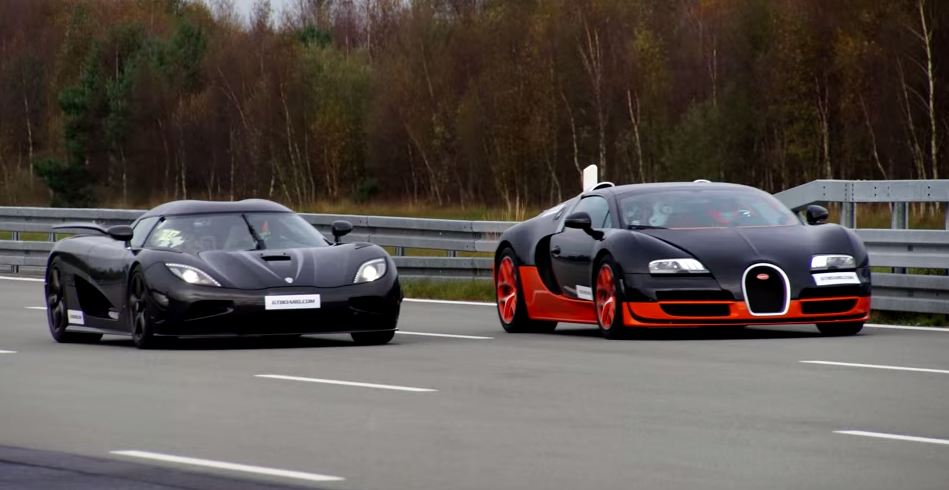 When a Bugatti Veyron Grand Sport Vitesse goes up against its Swedish rival, that’s big news. GTBoard.com have brought us similar supercar drag race videos before but this is their best yet. The venue is not a disused air strip hidden among the woods but a purpose built high speed test track. Last time they came to this venue, it was shoot a rather one-sided race between a Porsche 918 Spyder and Koenigsegg Agera R. This time, the Agera has an uphill task to prove to the world that the fastest production car in the world is not unbeatable.

Before you scroll down to view the video, let me first give you some idea of the amount of horsepower we have here. The Bugatti Veyron Grand Sport Vitesse is an 8.0-liter W16 engine powered monster with all-wheel drive, 1200 hp and 1106 lb-ft of torque. The Agera R uses a 5.0-liter bi-turbo V8 which puts out 1240 hp and 885 lb-ft of peak torque. It does have a weight advantage over the Bugatti while both can do speeds in excess of 250 mph.