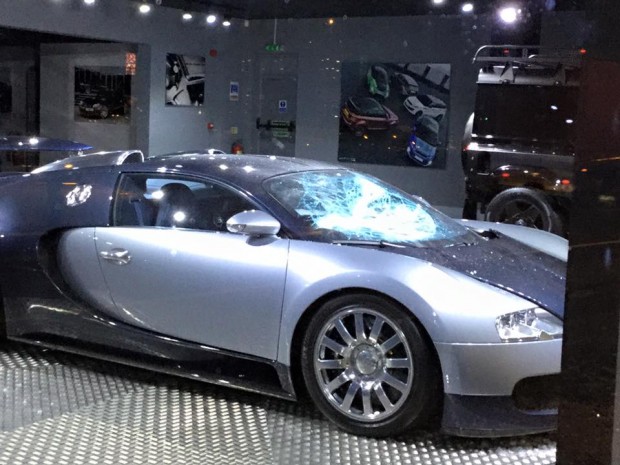 A Bugatti Veyron belonging to Afzal Kahn of Kahn Design was vandalized by miscreants. Images of Kahn’s Veyron with a smashed windshield were posted on social media by Lewis Skene.

The Veyron was parked inside Afzal Kahn’s own showroom located in the city of Leeds, UK. The front glass facade of the showroom was also smashed by vandals who then entered the showroom and damaged the million dollar supercar parked inside. There was another Veyron inside the showroom when the incident took place, which apparently was spared.

Afzal Kahn is a true petrolhead who once sold his ‘F1’ registration plate for GBP 10 million. It is still one of the most sought after plates which once adorned Kahn’s own Bugatti Veyron.