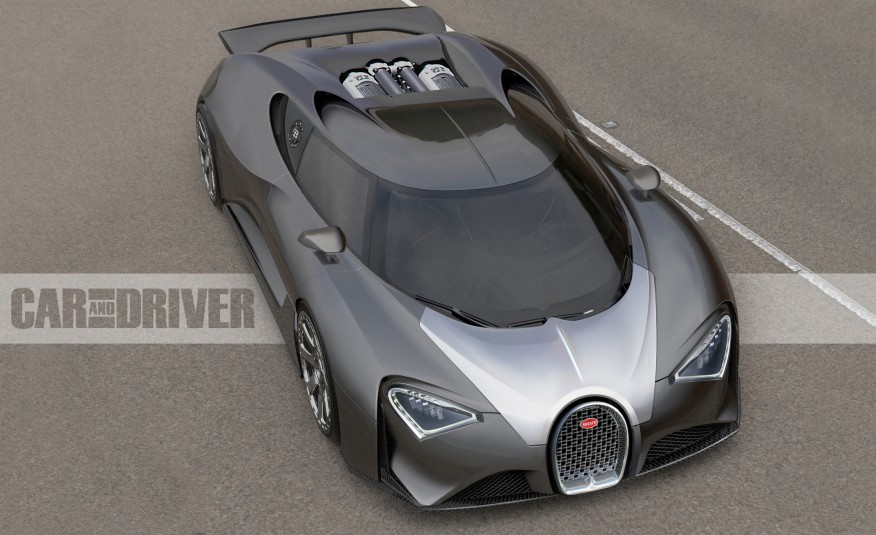 Bugatti has a tough job at hand when it comes to building the successor to the Veyron. The Bugatti Veyron set the performance bar so high, that for a while no supercar maker in the world could match it. Now though, things have changed. Koenigsegg – one of Bugatti’s main competitors is building a hybrid hypercar with over 1500 hp and direct drive.

So when the chairman of Volkswagen AG took the stage to announce the Veyron successor, everyone was hoping to know some performance numbers. And to that, Martin Winterkorn obliged by confirming the spiritual successor the Bugatti Veyron to be a 1500 hp hybrid hypercar with an updated 8.0-liter W16 engine and a top speed well over the fastest Veyron model to date.

That’s not it. Winterkorn also revealed that for the Veyron successor (believed to be dubbed as ‘Chiron‘) would be available in two variants- standard petrol and hybrid. “Next to the petrol model there will also be a stronger hybrid variant for the first time,” he said.

I wonder who will end up creating the next fastest production hypercar. Nevertheless, Bugatti is certainly hard at work to defend their title.