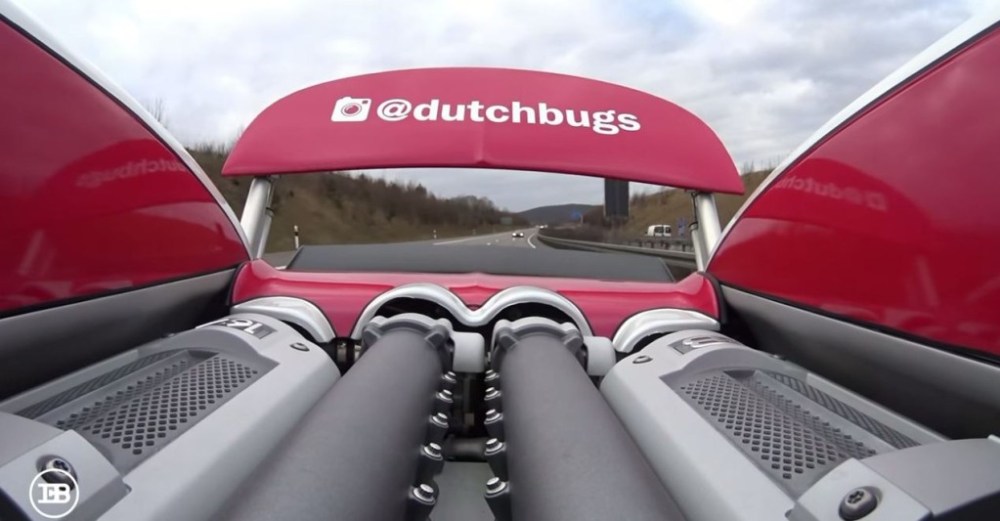 Bugatti Veyron high speed videos would never go out of fashion even though the car will soon be replaced with a new model. The following video of a high speed run featuring two Bugatti Veyron supercars was filmed by Gumbal on a German autobahn en route to Leipzig to pick up two brand new Porsche 918 Spyder hybrid supercars. Along with the famous team Dutchbugs in three unique Veyrons, one of which is a WRC edition, while the one with the camera on-board has a Mansory exhaust. Note the turbo whooshing sound and the massive spoiler doing its job. It is quite a sight!