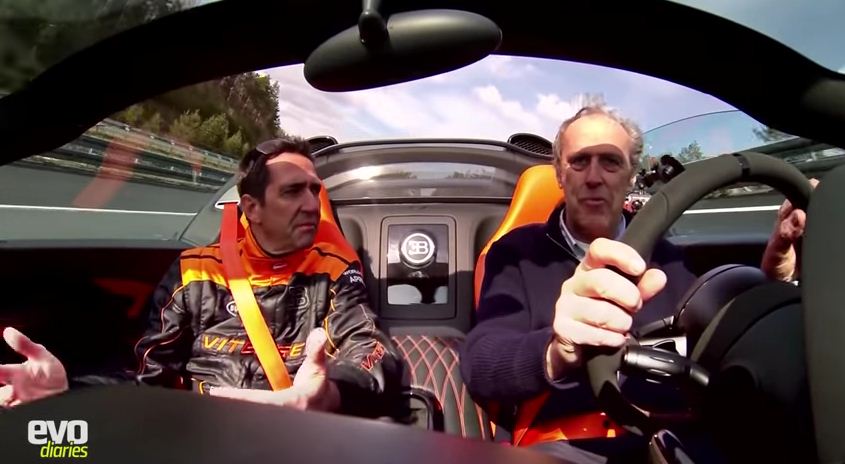 There’s no denying the fact that the Bugatti Veyron is one of the greatest speed machines built by man. The speeds it can reach are just unimaginable. While there is a world speed record set by the Veyron hard top, clocked at 267 mph but never has been an open top version done similar speeds. So, Bugatti went to their favorite test track for a go in the Bugatti Veyron Grand Sport Vitesse. The record would be set with the roof off, of course.

Harry Metcalfe was specially invited to witness the event followed by a quick drive in the record setting Veyron on the legendary Ehra Lessien (VW’s private high-speed test track in Europe). But before that, the car was taken out by a professional driver to set the fastest ever top speed for an open top car. The Veyron Grand Sport Vitesse clocked 408.84 km/hr, that’s around 254 mph and that too with no roof.

Click here to watch a Bugatti Veyron do 246 mph on a public road.

To experience what it’s like to drive an open top car at such speeds, Bugatti was kind enough to let Harry drive a lap around the high speed bowl. Although he managed to do around 340 km/hr, these aren’t the kind of speeds you do everyday- not in a convertible of course.