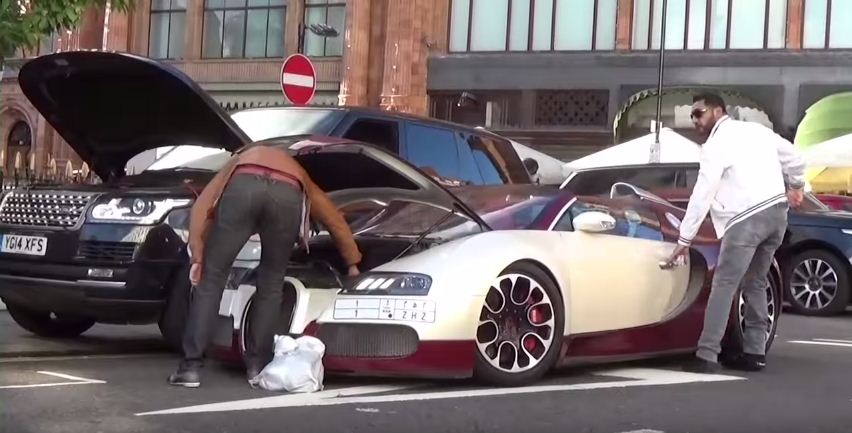 The Bugatti Veyron is a very expensive toy that’s blisteringly quick and mighty exclusive. If you live around London during when Arab supercars descend on the city, you would have spotted a few Veyrons around Sloane street or Harrods. One such Veyron Grand Sport was cruising by the store recently when a terrible incident occurred.

Terrible, for the driver of the million dollar supercar and rather embarrassing as well. A Bugatti Veyron on the streets of London can attract a crowd, but a Veyron that breaks down in the middle London would definitely attract some unwanted attention.

Add to that the misery of getting those jump leads out and calling out a Range Rover for assistance. What an embarrassing day for the owner!

Bugatti Veyron breaks down in London