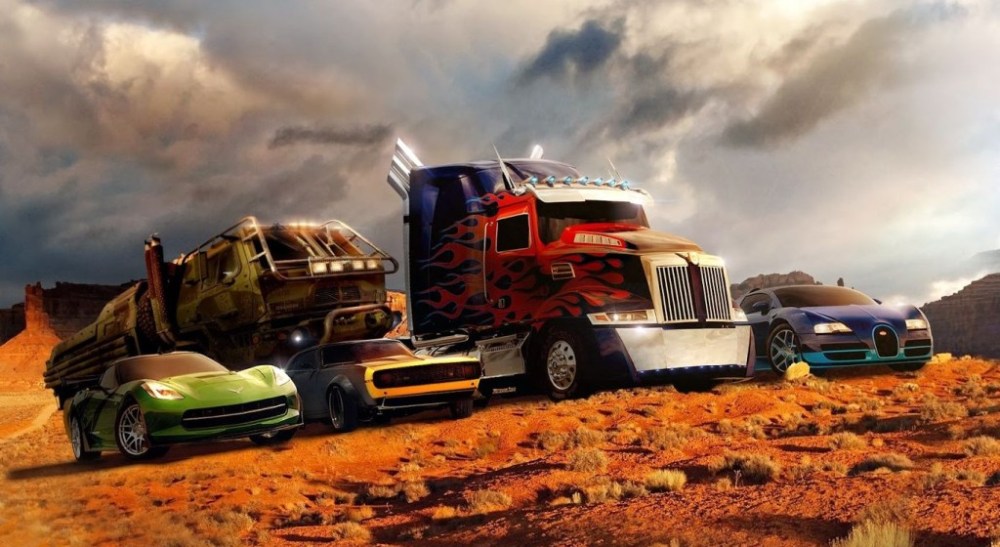 The latest installment of the Transformers franchise is coming our way soon. Transformers 4: Age of Extinction will feature a new Autobot army along with and equally star-studded army of bad guys. The latest trailer of upcoming action movie by Michael Bay reveals some of the cars that make it into the new movie and quite a lot of action sequences. Marking his debut at the blockbuster franchise is Mark Wahlberg known for his role in the ‘Lone Survivor’, ‘Shooter’ and ‘The Italian Job’ among others.

The makers of the film have released a handful of teasers ahead of the launch later this month. So, there’s the usual emergency situation where the planet is on the brink of extinction at the hands of an alien race, facilitated to some extent by us humans. That means, there are bad guys among us and there are fire-breathing dragons and what have you. Among the line up of cars is a C7 Corvette Stingray, Bugatti Veyron Vitesse and even a Pagani Huayra. I predict a fun weekend coming my way.