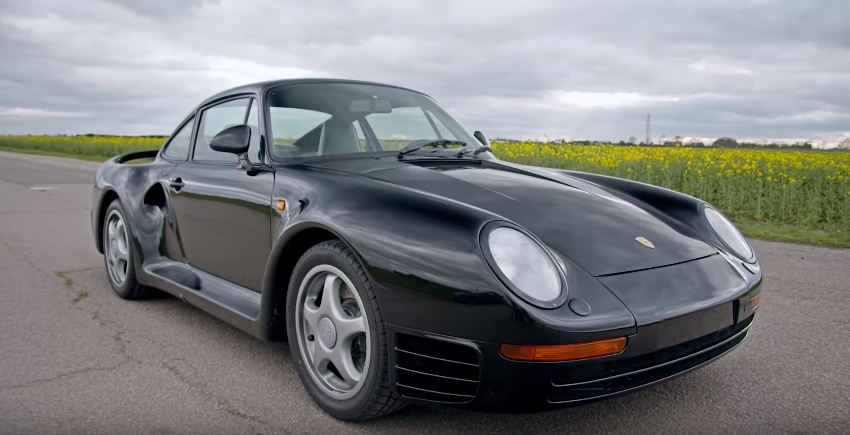 Let’s take a look at a 30 year old Porsche, shall we? The Porsche 959 is perhaps the most important car of the 1980s and is often referred to as the father of the modern supercar. But, it’s not just expensive supercars that owe their existence to the 959. Even a modern day family hatchback uses technologies that were first seen on the 959. EVO Magazine got to drive a clean black example of a Porsche 959 that is up for grabs at the upcoming RM Sotheby’s auction.

The Porsche 959 was conceived during the infamous Group B era. However, by the time the 959 went into production, Group B rally cars were banned. That didn’t stop Porsche from building the 959 and they ended up selling 349 units of the 959 each costing about $216,000 back in the day.

It was powered by a air-cooled and water cooled 2.85 liter flat-six engine with 450 hp and a top speed of 197 mph making it the fastest supercar of its time, until the Ferrari F40 came along. Thanks to all-wheel drive and variable turbochargers the 959 could sprint from 0-60 mph in just 3.7 sec. That’s quick even my modern standards.

A brief history of the Porsche 959: