Before we get caught up with showering praises over how glorious the tuned 812 Superfast from Novitec looks, scroll all the way down and play the video. The damn thing sounds like an F1 car! The V12 roars with a soundtrack which will put everyone else to shame. Easily one of the best exhaust notes of recent times. But the Novitec N-Largo Ferrari 812 Superfast is a lot more than a great-sounding grand tourer. 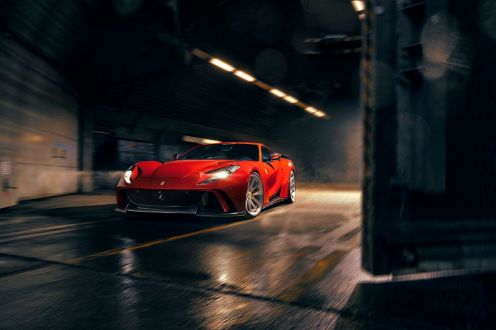 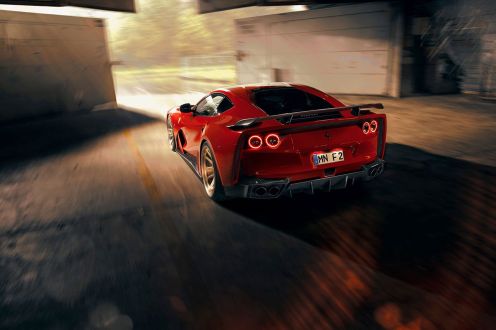 The Novitec N-Largo pack didn’t just make the GT car look the part with the widebody kit and forged wheels, it went on to make the already-fantastic 812 Superfast something more. It actually looks, sounds, and performs like a road-legal racing car now.

The full carbon-fiber kit designed by Vittorio Strosek increases the width by 5.5 inches at the rear fender and 2.8 inches at the front fender. The widebody package also includes redesigned air vents, carbon-fiber rocker panels, and a fixed rear wing. Vossen was involved in the development of those exquisite wheels – 21 inches at the front and 22 inches at the back – made specifically for the N-Largo. Pirelli P-Zero high-performance tires are wrapped around the bespoke five double spokes rims. 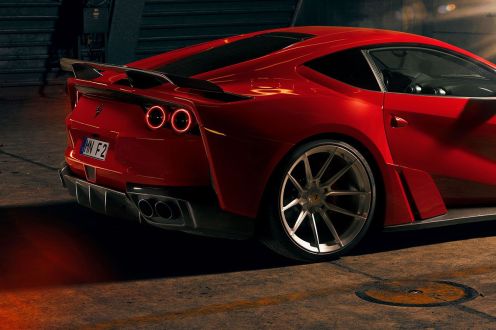 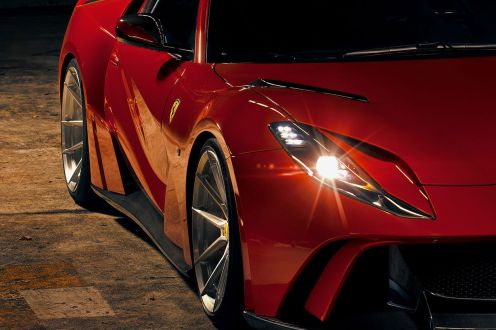 Suspension updates include new springs, lower ride height and a front lift system activated by the push of a button. You really don’t want that expensive carbon-fiber front splitter damaged. Thoughtful Novitec, we must say.

Now comes the engine bay and what is released from it. The naturally aspirated V12 of the standard Ferrari 812 Superfast churns out 789 hp of power and 530 lb-ft of torque. That’s a lot already. But Novitec whispered a spell and as a result, the engine in the N-Largo makes 829 hp and 554 lb-ft. It’s quicker to the 62 mph mark at 218 seconds and faster with a top speed of 214 mph. 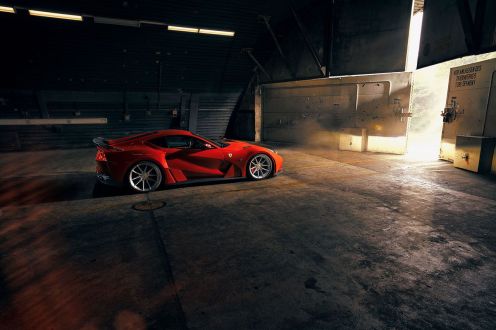 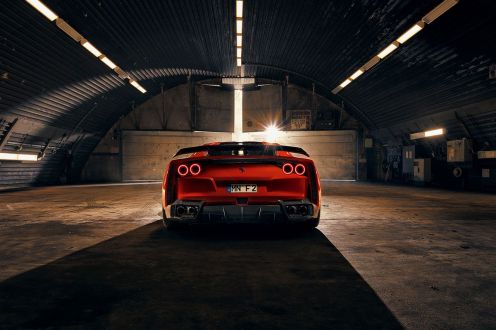 The cockpit can be finished in leather and Alcantara and Novitec will execute the work with precision in any color of the customer’s choice. Thank you for that, since the purple shade in the featured car isn’t going to be of everyone’s tastes.