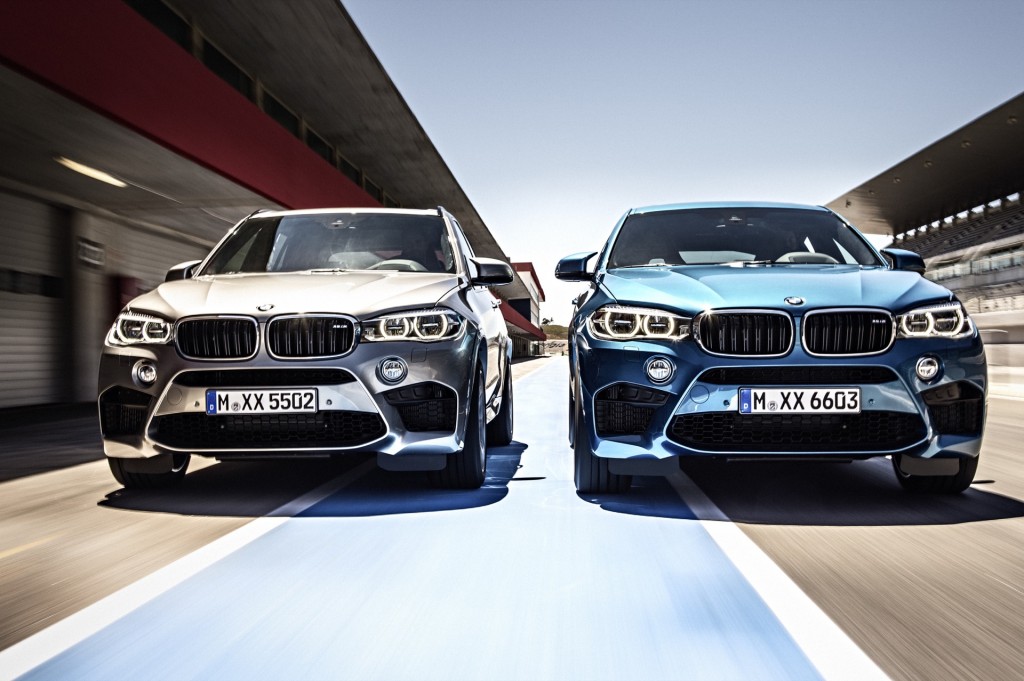 Both the BMW X5 M and X6 M are based on their standard models. That said, if you look at the internals, there’s a lot of M-trickery going on apart from the immense horsepower of the 4.4-liter, twin-turbocharged V8 engine. It’s the same engine from the M5 sedan and puts out 567 hp and 553 lb-ft of torque. Despite the fact that both SUVs weigh quite a lot, they rush from 0-60 mph in just 4.0 seconds and on to an electronically limited top speed of 155 mph.

Changes to the underpinnings include modified upper wishbones, camber adjustments and optimization to improve turn-in, stiffer springs, self-leveling suspension and a lower ride height all contributing towards making both SUV tackle tarmac as well as gravel like never before. The xDrive all-wheel drive with rear bias is an essential part of an M SUV, especially when it comes to doing powerslides. The SUVs ride on 21-inch light alloy wheels wrapped in Michelin Pilot Super Sport Tires.

On the outside, both the X5 M and X6 M get a completely new M body kit with an aggressive front fascia and wide intakes. Wide fenders and quad-exhausts at the rear further add to the sporty character of the vehicle. Inside, the driver is treated with signature BMW styling with a driver focused cabin and a three-spoke M steering wheel.