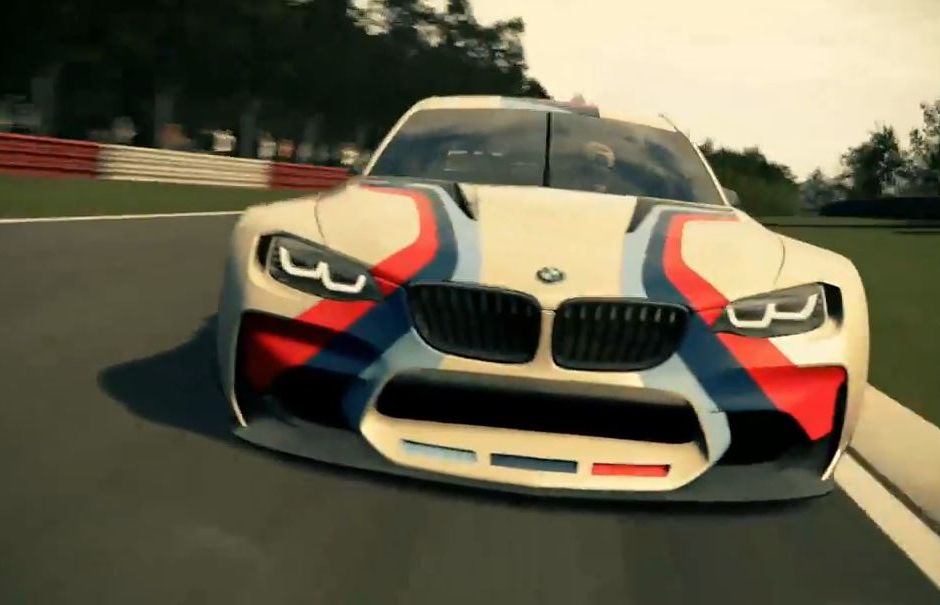 BMW and the Playstation franchise has unveiled a new concept car. The virtual concept will be available as part of the latest Gran Turismo 6 racing game exclusively on PlayStation 3. The BMW Vision Gran Turismo is created by BMW Group Design with an exterior that looks like an evolution of the 2-Series. Is this how the much hyped M2 will look like? We don’t know for sure. But, this virtual race car does look fantastic in M-livery.

In the video released by the company, the car can be seen driving around the famous Nurburgring Nordschleife and has a characteristic turbocharged soundtrack. That’s because under the bonnet is a six-cylinder 3.0-liter inline turbocharged engine built by BMW M GmbH. Performance claims pip the current M3 and M4 producing 549 horsepower at 6200-7300 rpm and thanks to M TwinPower Turbo technology, the engine generates 680 Nm of torque at just 1900 rpm. The transmission in this race car is of the sequential type with six-ratios. Power goes to the rear wheels and the car weighs just 1180 kg. BMW also claims a perfect 50:50 weight distribution.

Now, BMW is believed to be working on a hardcore version of the 2-Series. The fastest 2-Series on sale today is the M235i with uses a 3.0-liter straight-six cylinder engine with over 320 horsepower and 332 lb-ft of torque. The two-door sports car can hit 100 kph in just 4.8 seconds and has top speed limited to 250 kph. The M235i comes with loads of M-derived technologies apart from a few key ones. The M2 is expected to use a M-differential at the rear and more carbon-fiber weight saving bits like the M3 and M4. The Vision GT concept race car could be the basis of the M2 minus the monstrous engine and aerodynamic aides, of course.