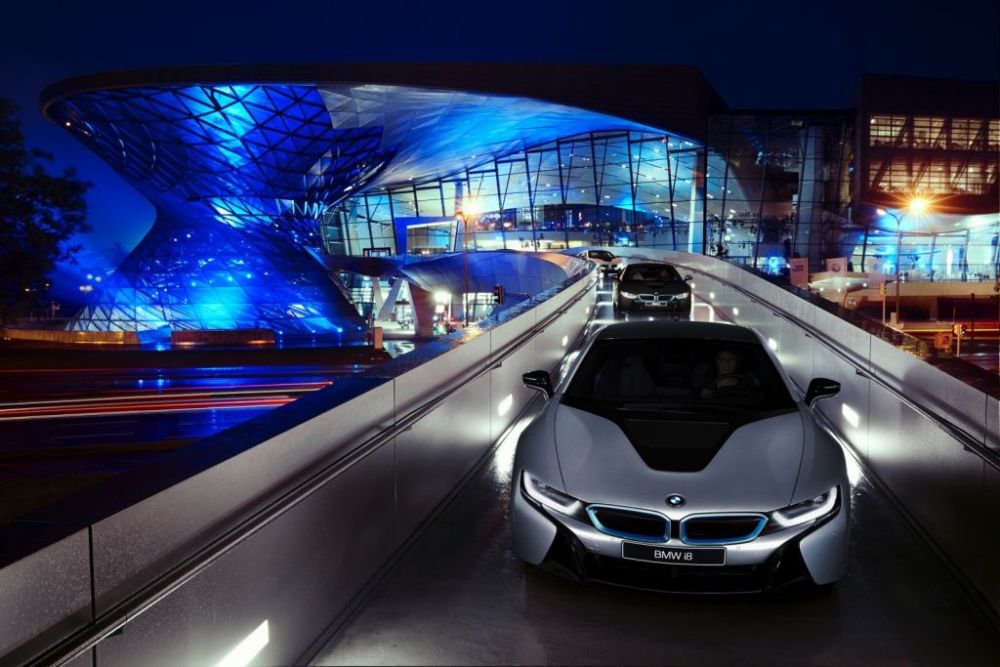 Audi is known for being slightly cocky when it comes to competition. They recently announced that the Audi R8 LMX was the first production car to feature laser headlight technology. Let’s be honest, Audi hasn’t got much to brag about, for all they’ve done is glorify their all-wheel drive system with a fancy name- Quattro. More recently, the LED daytime running lights have been the target for the marketing people at Audi. Mercedes-Benz and BMW have a different strategy to deal with advancement in technology. They keep their cards to themselves and basically, shut up. And when the times is right, they launch an all-out offensive. Same was the case with the laser headlights.

Audi came out and laid claim to making the first production car with laser headlights in the form of the Audi R8 LMX, of which deliveries are yet to begin. So technically, the R8 LMX is yet to leave the factory. Now, BMW has been working with alternative manufacturing techniques, technologies like large-scale carbon fiber production and efficient lighting for years now. The culmination of the R&D work has resulted in the very first hybrid-electric BMW i8 sportscar and i3 hatchback- both revolutionary concepts. The company had unveiled the concept i8 two years ago at the Frankfurt motor show fitted with laser lights.

Years of hard work put in by the engineers at BMW deserves credit and hence BMW decided to settle scored with Audi over laser headlights one and for all. The company delivered the first 8 units of the BMW i8 hybrid at the BMW Welt in Munich, Germany. These are the first road cars to be fitted with laser headlights, making Audi’s claim totally redundant. So, for now the battle of the Germans has been won by BMW and a well deserved one.

BMW i8 in detail: