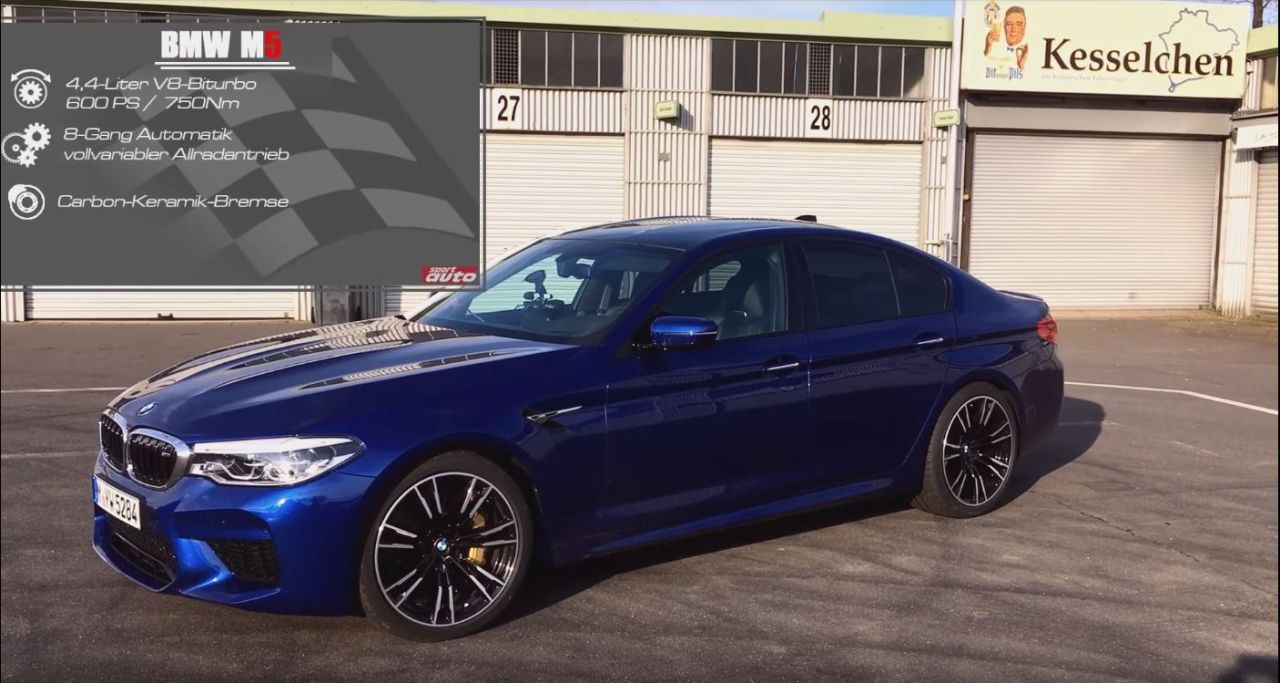 In recent years, various automakers have been taking their best of the best sports cars to Nurburgring to test their mettle. Also known as “Green Hell” among enthusiasts, the Nurburgring has one of the toughest tracks in the world with 73 grueling turns, the lap times of which are considered to be the benchmarks of performance of all the new generation sports cars. The latest sports car to conquer this track happens to be the all-new BMW M5.

Following this recent tradition of testing the performance of sports cars at Nurburgring, Christian Gebhardt from Germany’s Sport Auto Magazine tested the new BMW M5 on the Nurburgring. The result of this track test has emerged out to be pretty impressive too. The BMW M5 clocked the lap time at 7 minutes and 38.92 seconds.

It is no surprise that the new BMW M5 is one of the best sports sedan the world of automobiles has ever seen and the unofficial Nurburgring lap time is proof. The M5 was just 0.92 seconds slower than the Porsche Panamera, which at its test time was put up against a couple of serious rivals like Lexus LFA and Lamborghini Gallardo LP 570-4 Superleggera.

Recently, BMW revealed the M5 Competition, which packs in extra horsepower from the same engine and major tune-ups to its chassis and suspension setup. Needless to say, if the BMW M5 Competition is let loose on the Nurburgring, it would beat the regular M5’s time.

In the past, Christian has also tested cars like the Ford Focus RS and Mercedes-AMG GT-R.