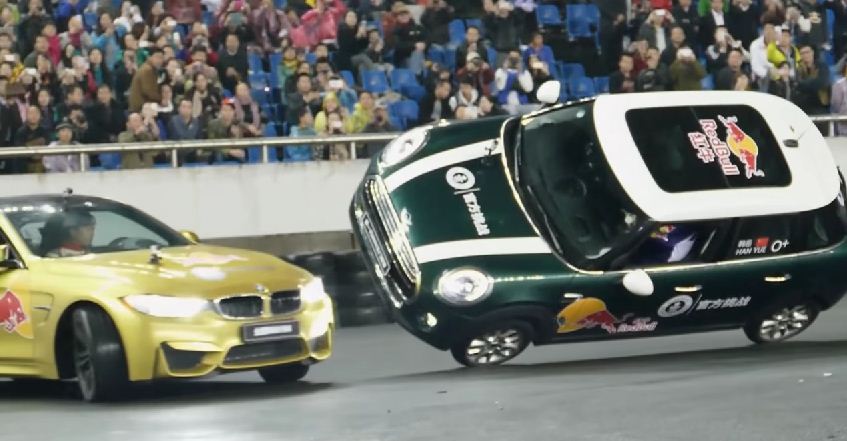 BMW M4 has just set a new Guinness World Record for the most number of donuts around a car driving on two wheels. The BMW M4, driven by Zhang Shengjun did a total of 10 burnouts around a Mini Cooper S Hardtop 2 Door model which was being driven on two wheels.

Previously, Mini was also in the news for setting a new world record for the tightest parallel parking attempted. If you are wondering who was driving it, then it would be Han Yue who can also be seen here balancing the sports hatchback on two wheels. The records were set during a promotional event held in China.

Click here to for more news, videos of  BMW cars

Meanwhile, BMW will launch the new M4 and M3 sedan in India tomorrow. TheSupercarBlog.com is invited for the launch however, for some reason I won’t be driving the car. That’s disturbing news for a true fan of the most powerful letter in the world. Still, keep watching this space for updates and in the meantime checkout the video of the BMW M4 donut record.